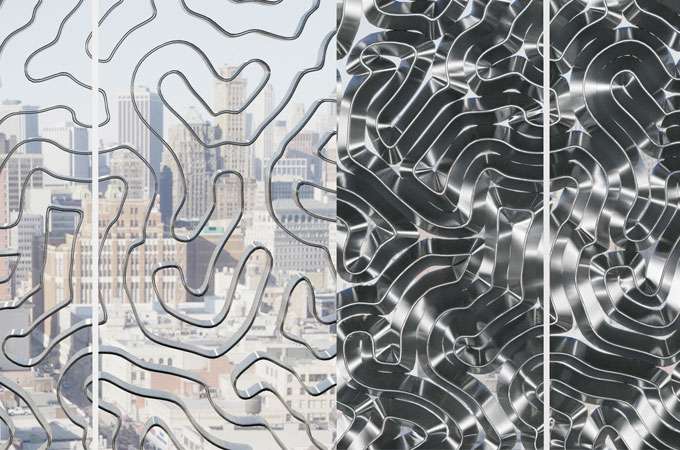 The façade can respond along individual segments to small-scale variations in local environmental conditions. The swirling ribbons of the façade are composed of an elastomer (a rubber-like polymer) wrapped over a flexible polymer core. A silver coating on the elastomer distributes an electrical charge across its surface, causing it to deform—much as electrical signals initiate muscle contraction. When sunlight warms up the building at certain times of day, the surfaces of the ribbon expand to create shade inside the building. When temperatures drop, they contract to allow more light in. In nature, this sort of self-regulation is known as homeostasis.

The Homeostatic Façade (which currently exists as a prototype) has advantages over conventional systems due to its low power consumption and superior precision. This high degree of control especially benefits contemporary architecture, which has become increasingly transparent. It provides thermoregulation while reducing energy consumption and its associated emissions.