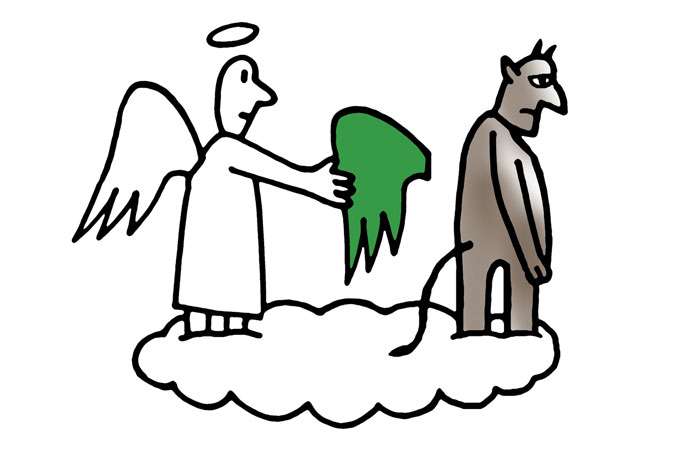 How to Be Good

Moral appeals may be key to encouraging green behavior

How can people be convinced to act in a greener way? Environmental campaigns have tried everything, from extolling the cost savings of cutting electricity use to bemoaning the devastation of our planet. But neither approach may be the most effective, two new studies suggest. Instead, the best way to encourage environmentally friendly behavior might be to appeal to people’s morality—and tailor the message to each group’s specific moral concerns.

In the first study, a team led by researchers at the University of Groningen in the Netherlands investigated whether people are more likely to respond to economically or morally motivated environmental messages. Although it’s commonly assumed that financial incentives are a good way to promote green practices, people also want to maintain a good self-image and “may prefer to see themselves as ‘green’ rather than ‘greedy,’” the study authors write in Nature Climate Change.

In addition to an online survey, the team performed an experiment at a gas station in Virginia. Each day for 22 days, a team member posted a sign entreating people to check their tires, along with coupons for free tire checks. The researchers rotated through signage that used either environmental, economic, or safety-related reasoning as well as a neutral sign. When the environmental sign was up, people took 11 coupons. But “not a single coupon was taken while the economic sign was displayed,” the team writes.

So morality may be the key to going green. But exactly what type of moral message should be presented?

Previous research has suggested that morality can be divided into five main areas: harm and care, fairness and reciprocity, group loyalty, authority and respect, and purity and sanctity. Liberals place a higher priority on the first two areas than conservatives do, while conservatives are more likely than liberals to consider the last three areas important. In Psychological Science, a research team speculated that liberals might be greener because environmental campaigns often emphasize that the planet has been harmed and needs better care—a message that wouldn’t resonate much with conservatives.

Using questionnaires, the researchers confirmed that liberals often viewed the environment in moral terms, whereas conservatives typically did not. Next, the team examined public service announcement videos and newspaper op-eds about the environment and found that the harm-care argument was used more often than the other four types of moral arguments.

Finally, the researchers designed an environmental message that instead used the purity and sanctity argument, suggesting that pollution was contaminating both the earth and people’s bodies and needed to be cleaned up. The team then showed liberals and conservatives either the purity-sanctity message or a more typical harm-care message, asking questions afterward
to gauge the participants’ environmental views.

As expected, conservatives who watched the harm-care message reported significantly lower pro-environment scores than liberals did. But when conservatives watched the purity-sanctity message, their concern for the environment and willingness to take action were “indistinguishable from those of liberals,” says coauthor Robb Willer, a social psychologist at the University of California, Berkeley. “It actually closed the partisan gap.”

The study suggests that for moral messages to be effective, they need to address the moral concerns that matter to their audience. “You’ll likely need to develop new arguments and reasons for supporting your position that are different from the ones that convinced you,” says Willer.