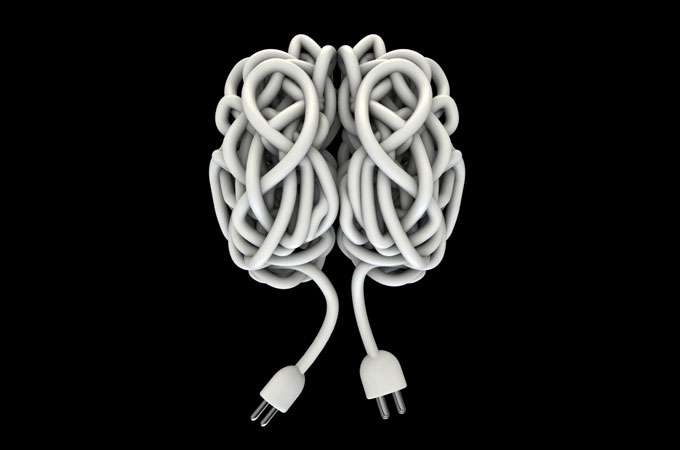 In Shwetak Patel’s Seattle home, it’s possible to turn on the lights, crank up the heat, and run the dryer—all while getting real-time feedback on the cost of his daily routine on a computer screen. Patel, a computer scientist at the University of Washington, is turning this knowledge into power. Or in this case, into less power. He’s working in the emerging field of ubiquitous computing, in which computers are everywhere—not just on our desks or in our pockets—and he’s using that concept to revolutionize home energy conservation.

Standard utility bills don’t give people enough feedback on their home energy use to allow them to take meaningful action. “It’s like going to the grocery store and getting a receipt that says you bought 400 food units,” says Eric Larson, an electrical engineer who works on water-sensing technology in Patel’s lab. That’s not much to go on if you’re trying to trim your grocery bill.

Likewise, Patel—a MacArthur “Genius Grant” winner—believes that slimming down on energy use starts with better information. So he and his team have designed simple-to-use wireless sensors that give consumers a new level of detail about their electricity, water, and gas use.

Patel’s team has created three gadgets, each a small plastic container holding a sensor for each utility; his ultimate goal is to combine the three into a single device. GasSense, mounted on the home’s natural-gas regulator, “listens” to gas lines with a tiny microphone. HydroSense screws onto any water fixture, such as an outdoor faucet, and detects pressure changes in pipes. And ElectriSense plugs into any wall socket to pick up the hum of electrical voltage through wires. The computer system learns the distinctive signals of voltage, pressure, or gas flow for each appliance.

The data are streamed to a computer and graphically displayed in a variety of ways so that people can discover which appliances are worth upgrading, or exactly how much money they spend watering their lawn. The sensor also finds “vampires” that quietly suck up resources when no one is paying attention. During one test, the team discovered a digital video recorder using 20 percent of a home’s total electricity.

In 2010, the electronics company Belkin acquired Patel’s sustainability-sensor startup company and has plans to sell devices based on his sensors. Information junkies everywhere may soon delight in new data streams from the comfort of their own, more resource-efficient homes.