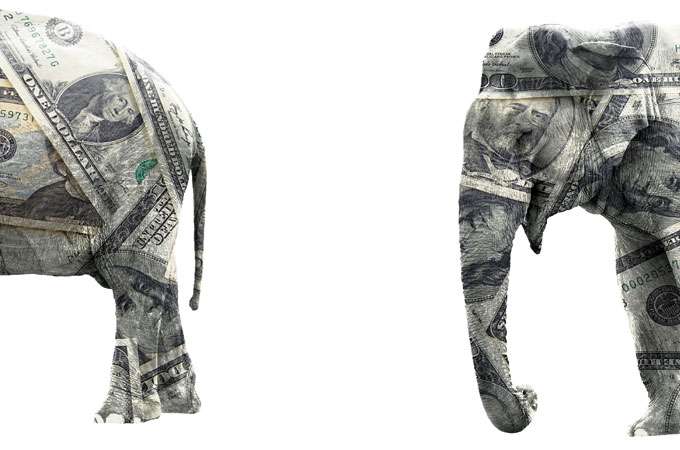 Rolex, Cartier, Rolls-Royce . . . Customers always seem willing to pay more for premium brands. Why should wildlife conservation be any different? If companies and governments are going to spend money on carbon credits anyway, will they be willing to pay more to also protect habitats for key species such as tigers, elephants, rhinos, and mountain gorillas?

The answer, it seems, is yes. In Kenya, the organization Wildlife Works recently sold $1.2 million worth of carbon credits at the premium price of $12 per ton of CO2—well above the going rate of $2 per ton. Investors were willing to pay so much more because the money would help conserve a critical elephant-migration corridor between Tsavo East and Tsavo West National Parks that would otherwise have been converted to agriculture.

Eric Dinerstein, lead scientist for WWF’s conservation science program, wants to take this idea—which he calls a “wildlife premium mechanism”—and grow it. He and colleagues described the concept in a November 2012 paper in Conservation Biology. (1)

The idea got its start four years ago, when Dinerstein and fellow biologist John Seidensticker were sitting in Dinerstein’s office, worrying about declining populations of wild tigers. Even though more tiger preserves were being created every year, tigers were still dying whenever they wandered out of their protected territories. The scientists wondered what would inspire the people who live between tiger reserves to let the tigers pass through their land unmolested—or get them to protect the big cats’ natural prey.

Dinerstein thinks the answer is cold, hard cash—strategically spent to benefit both communities and wildlife. Governments and other large bodies already invest in ecologically important habitats and receive carbon credits in return through programs such as the United Nations REDD+ Programme. The premium added for wildlife conservation would go back into the communities as they meet performance-based criteria. Using tigers as an example, Dinerstein says the first payment would be made when livestock that compete with the prey of wild tigers are removed from an area, allowing vegetation to return and giving tigers less cause to attack livestock. The second payment would be made when wild ungulate prey populations rebound. Further payments would be made in stages as the habitat itself is restored to more natural conditions—and finally when tiger populations recover.

In Nepal, where wildlife premiums are already being used to help conserve snow leopards, people are volunteering to count ungulate populations, collect leopard droppings, and set up camera traps. Independent parties verify the results, ensuring that performance criteria are met.

What we need now, Dinerstein says, is “a lot of experimenters and some courageous donors. We need to expand our horizons and think outside the box about new ways to finance conservation and build local guardianship, or else we’re just restricted to the status quo.”