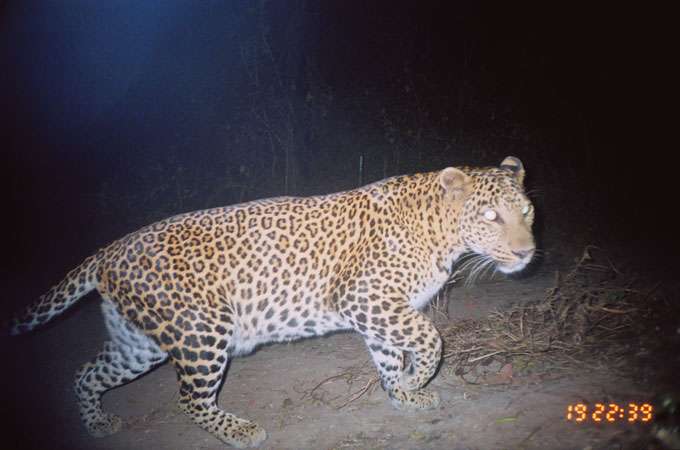 When most people think of backyard wildlife, they imagine squirrels and sparrows. But researchers have discovered much more imposing neighbors living among people in India: wild leopards. The animals frequent many of the same paths taken by humans and often sit in fields of tall crops such as sugarcane.

“There are people working around them, but the people don’t realize that the leopard is sitting maybe 20 or 30 meters from them,” says Vidya Athreya, a wildlife biologist at the Wildlife Conservation Society–India who is based in Pune.

The team set up heat-triggered camera traps on paths near houses and throughout fields in Ahmednagar, a district about 250 kilometers from Mumbai. The area is largely agricultural, with abundant livestock and a few hundred people per square kilometer. The team saw five adult male leopards and six adult females, two of which had cubs with them. Since the animals mainly come out at night, they haven’t had many conflicts with humans in that district.

The results, reported in PLOS ONE, contradict a popular belief that leopards found near villages have wandered there from the forest. The prevalent idea is that “these animals are strays,” says Athreya. “What we found is they’re resident, they’re reproducing, and they’re living there among people.”

Seeing the leopards as strays could end up endangering humans. Often, people catch leopards and move them to the forest, on the assumption that they’re returning the animals to their home. But if the leopards are used to living in human-dominated areas, such territory will be unfamiliar to them—and they could be more likely to attack people in nearby villages.

The results also suggest that wildlife managers should look beyond protected areas. “We need to think about the policy and management of animals that are living among people,” says Athreya. ❧