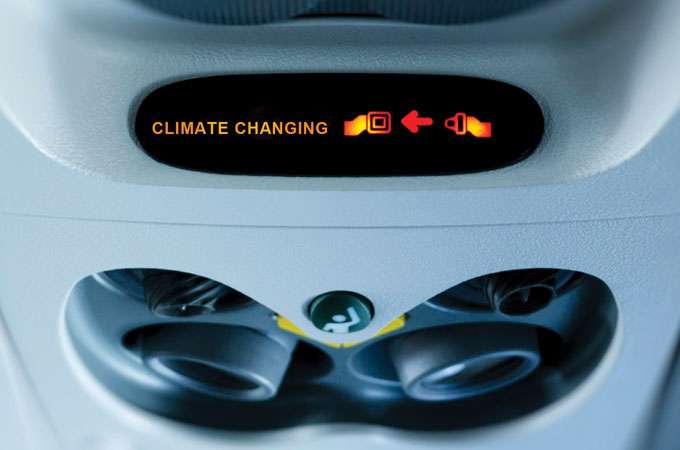 Airplane passengers flying over the North Atlantic will experience more turbulence by mid-century, according to a study in Nature Climate Change.

The link between climate change and bumpy flights may not seem immediately obvious. But global warming is expected to strengthen the jet stream, a channel of fast-flowing air about 30,000 feet high. Paul Williams, an atmospheric scientist at the University of Reading in the U.K., and a colleague wanted to find out how this change would affect airplane turbulence. “Astonishingly, no one had thought of trying to answer this question before,” he says.

The team studied clear-air turbulence, which occurs when planes are flying above the clouds. Passengers often have their seatbelts unbuckled during this time, increasing the risk of injuries. And airlines have no good way to detect clear-air turbulence, although they do their best to predict it by relying on turbulence reports from previous flights and running computer models with atmospheric data.

Williams’s team ran simulations to estimate turbulence under two conditions: pre-industrial carbon dioxide levels and carbon dioxide levels expected to be reached by about 2050. The researchers focused on the transatlantic flight corridor, one of the most heavily trafficked parts of airspace. They also limited their analysis to data for December through February because clear-air turbulence is usually strongest in winter.

The team found that clear-air turbulence would likely become ten to 40 percent stronger in the second scenario, and the frequency of significant clear-air turbulence encounters would increase by 40 to 170 percent. Devising better ways to predict turbulence would allow airplanes to fly around bumpy patches. But taking circuitous paths will require more fuel. “If airlines do have to fly more wiggly routes rather than straight lines and use more fuel, it’s going to cost airlines more, which is a cost ultimately that could be passed down to the passengers,” says Williams. Moreover, airplane emissions will increase, contributing to even more warming. ❧