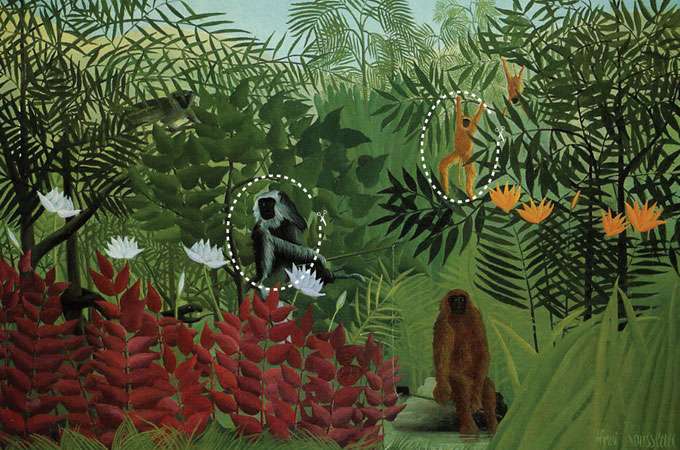 What happens to tropical trees when the animals are gone?

Around the world, hunters are emptying tropical forests of wildlife. Gorillas, chimpanzees, leaf monkeys, and gibbons all have fallen prey to people’s hunger for meat.

Now, two new studies show that bushmeat hunting affects not just the animals but also the plants they leave behind. While forests may seem intact at first glance, the disappearance of wildlife has triggered subtle shifts in tree composition. “Many conservationists look at a forest and see these giant trees and say, ‘Oh, it’s fine,’” says Stuart Davies, a forest ecologist at the Smithsonian Tropical Research Institute. “But there’s a silent sort of killer going on underneath.”

Many hunted animals play an important role in the forest. They spread seeds by carrying fruit away from the tree and dropping the seed, by spitting it out, or by eating it and leaving it in their feces.

Ecologist Ola Olsson of Lund University in Sweden and his colleagues wanted to find out how the loss of these animals affected the trees. The team trekked to three pairs of forest sites in Nigeria, each of which included a well-protected area and an area where protection from hunting was lax. The researchers surveyed animals such as gorillas and chimpanzees, as well as young and mature trees.

The protected sites had more than twice as many primate groups as the unprotected sites, the team reports in Proceedings of the Royal Society B. While mature trees were similar in both types of forests, the researchers saw a stark difference in the type of seedlings. In the hunted areas, seedlings had shifted away from plant species dispersed by primates toward those that depend on other types of animals or on wind for seed dispersal.

These changes could ultimately thwart efforts to restore primates to the forest. “Once the fruit trees are gone, it will be really difficult for a monkey to live in it,” says Olsson.

Davies and his colleagues found similar patterns when they monitored a site in northwest Borneo for 15 years. Analyses of more than 470,000 trees showed that the number of new saplings from animal-dispersed species dropped as hunting pressure rose, the team reports in Ecology Letters. And the seedlings clustered more tightly together, which lowers their chances of survival because they’re more likely to pass pathogens to each other.

The studies suggest that tropical trees face threats that are more insidious than logging. “These forests are bound to change, whether we cut any trees in them or not,” says Olsson. ❧