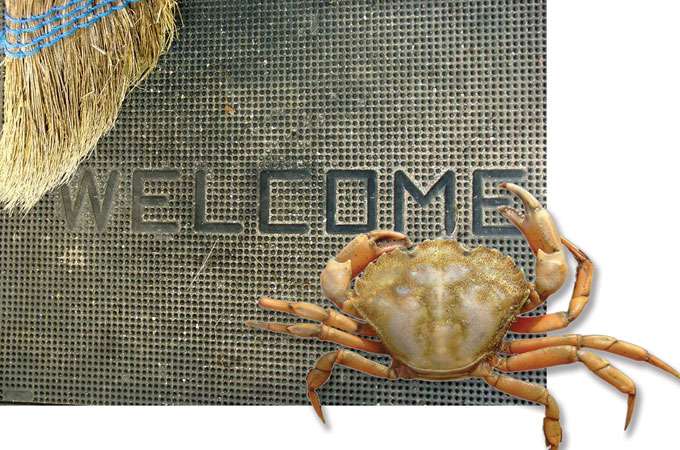 Invasive species are usually the bad guys in conservation. But an invasive crab is helping restore salt marshes on Cape Cod by forcing out more destructive crabs, a new Ecology study suggests.

Along the New England coast, fishing has left many marshes bereft of predatory animals. As a result, marsh crabs that would otherwise have been eaten by the predators have multiplied. The marsh crabs have gobbled cordgrass along creek banks, making the land erode more easily.

Enter the European green crab, which invaded North America a couple of hundred years ago and has settled on Cape Cod. Researchers studied ten recovering marshes in the area last summer and discovered that the more green crabs they found at a site, the more the cordgrass had regrown.

Finally, the team placed green crabs into enclosures with marsh crabs and cordgrass. After a month, the amount of cordgrass left was several times higher than in enclosures without green crabs. “These results suggest that invasive species can contribute to restoring degraded ecosystems,” the team concludes. ❧