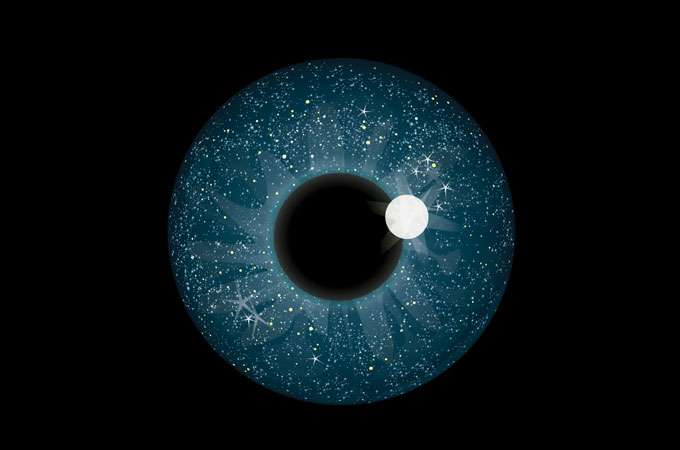 The Isle of Sark rises abruptly from the English Channel, 300-foot cliffs topped by dark hedgerow lines and sloping checkerboard greens, looking as if chipped from England and floated out to sea. But that is Sark in daylight; at night, in the dark, Sark nearly disappears. With no streetlights, no cars or trucks, no gas stations lit to daylight—just the pubs, farms, and homes of its 600 residents, Sark emits almost no light of its own. Seventy miles south of England and just half that north of France, Sark itself covers only two square miles; but it soon may have an impact beyond its size as the world’s first International Dark Sky Island.

Until about a year ago, I had never heard of Sark. My guess is most of the world’s nearly 7 billion people could say the same. But at least a few more know about this tiny island now, thanks to its recognition in 2010 by the International Dark-Sky Association. The IDA began its International Dark Sky Places program in 2001 with its designation of Flagstaff, Arizona, as the world’s first International Dark Sky City. That category—Dark Sky City—has since been changed to Dark Sky Community and has been joined by such designations as Dark Sky Parks and Dark Sky Reserves. And not that the IDA has cornered the market on such designations, as similar programs exist elsewhere. In Canada, the Royal Astronomy Society has its own system of Dark Sky Preserves, for example, and the United Nations Educational, Scientific and Cultural Organization (UNESCO) has initiated its own Starlight Reserves program, too. Although each varies slightly in its approach, the different programs are working toward the same general goal: protecting darkness in a world of ever-increasing artificial light.

What makes Sark especially compelling is that people actually live there, with their fears of the dark, their concerns for safety, their desire for “progress.” As important as it is to protect areas of wild pristine sky, it’s the protection of darkness in places where people actually live that will ultimately change attitudes toward light and darkness.

“If you only want to slap patches on very dark places, you can do that to your heart’s content, cover the world with dark sky parks,” says Steve Owens, the Scotsman who helped walk Sark through a two-year process with the IDA. “But it wouldn’t affect one single light. Whereas Sark, they had to do some light work.” By “light work,” Owens means that in order to qualify for the IDA recognition, the community of Sark had to take action—inventory its existing lights, change those lights that were causing excessive glare and sky glow, and promise that any new lights would conform to anti–light pollution regulations. In doing so, they conformed to the IDA’s definition
of an International Dark Sky Community: “a town, city, municipality, or other legally organized community that has shown exceptional dedication to the preservation of the night sky through the implementation and enforcement of quality lighting codes, dark sky education, and citizen support of dark skies.”

“They actually want the places that are on the borderline,” Owens explains of the IDA, “the places that should be good but aren’t, and can get good by doing some work on the lighting. They’re not so much interested in places that are already exemplary, because it doesn’t achieve their goal of improving lighting.” A Dark Sky Community, then, acts as an example to help people understand that darkness—and good lighting—isn’t something just for National Parks or communities near observatories, but something to which everyday communities could aspire.

Born and raised in Inverness, Scotland, at the edge of the famed Loch Ness, Steve Owens grew up interested in astronomy, ran a science-show theater “where people blow stuff up and set fire to things,” and now makes part of his living helping communities develop their dark sky identities. His first success came when the IDA declared Galloway Forest Park in southwestern Scotland the first Dark Sky Park in Europe. Galloway is the first in what Owens hopes will be a long list of parks in the U.K. to become dark sky reserves. “I don’t think that’s excessive,” he says. “Mainly because the national parks in the U.K. are called ‘Britain’s breathing spaces,’ and the measurement they take of their success in that is a measure of tranquility. They’ve done study upon study of what people think tranquility means, and always in the top three is a good, clear night sky and no light pollution.”

“It’s all about education,” says Owens. “It’s about making sure that people are aware of dark skies. Most people, up until relatively recently, weren’t. I think the real sea change, the massive step forward, has come through the Dark Sky Parks. The Galloway Forest Park might affect hundreds of thousands of people over the next few years as they visit the park. And more than that, 160 million people worldwide heard about this effort. Certainly in the U.K. media, that elevated light pollution to a different level.”

The popularity of the dark sky places idea stems from their focus on the positive, Owens believes. “The media definitely were interested in reporting a good-news story that was about environmentalism and economics and tourism and astronomy.”

To value darkness would be to follow Aldo Leopold’s desire for us to enlarge the boundaries of our community. Ecologically this is vital: If we truly value nocturnal and crepuscular creatures, for example, then we won’t allow our artificial lights to destroy their habitat. Leopold’s thinking applies, too, in that the values of darkness aren’t always economically obvious. How do we quantify the value of the darkness that provides passage for migrating sea turtles or shorebirds?

Leopold believed the reason humans are so shortsighted in our treatment of the natural world is that we do not see ourselves as part of a community with it. He argued that, while humans have made great strides over the centuries toward expanding our notion of the human community to include a wider ranger of race, gender, and ethnicities, we have not made the same adjustment for the land. “All ethics so far evolved rest upon a single premise: that the individual is a member of a community of interdependent parts,” he wrote. “The land ethic simply enlarges the boundaries of the community to include soils, waters, plants, and animals, or collectively: the land.”

Working in the desert Southwest during the first decades of the century, Leopold would have known fantastic darkness. Even after he moved to Wisconsin in 1924, he would have known real night while at “the shack,” his retreat 40 miles outside Madison. Darkness doesn’t show up explicitly in his writing, but I can’t help but think that Leopold would have understood the costs of losing it. ❧

Paul Bogard teaches creative nonfiction at James Madison University. He is the editor of the anthology Let There Be Night: Testimony on Behalf of the Dark.