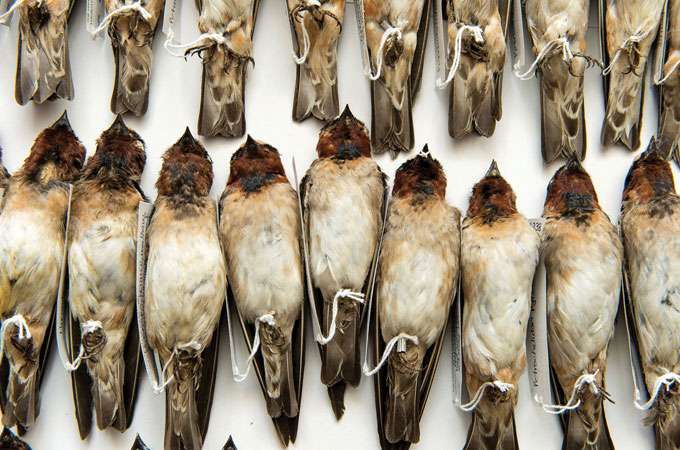 If you are a swallow with long wings

Last summer, behavioral ecologist Charles Brown noticed something odd. He had been collecting road-killed cliff swallows in southwestern Nebraska for three decades, and the number of carcasses seemed to be dropping. “I began to think, you know, we’re not finding as many dead birds as we used to,” says Brown, who is at the University of Tulsa in Oklahoma.

The finding led Brown to discover that these swallows have evolved shorter wings over the past 30 years, helping them dodge oncoming cars. The study, published in Current Biology, suggests that at least some animals can adapt to urban threats relatively quickly.

Brown and a colleague started surveying cliff swallows in Nebraska in 1982 to study why the animals live in colonies. The birds nest under bridges, in highway culverts, and on buildings, and the team often found road-killed swallows while driving from site to site. Brown didn’t intend to analyze road-kill trends, but he always stopped for the dead birds and, if they were in good condition, saved them as specimens.

When he realized last year that road-killed swallows seemed to have become less common, he checked his specimens and found that the number per year had indeed dropped since the early 1980s, by roughly 90 percent. Decreased traffic couldn’t explain the trend, since traffic had, if anything, gone up. The number of scavengers that might pick up the carcasses hadn’t risen. And the number of cliff swallows in the area had actually increased.

Brown wondered whether natural selection might be weeding out swallows with characteristics that made them more vulnerable to car collisions. One of the easiest properties to measure is wing length, so he compared the wings of birds killed on the roads and birds that had accidentally died in mist nets. The road-killed birds’ wings were on average 3.5 millimeters longer, he found. And the wing length of the overall population dropped by about 5 millimeters over the study period.

Shorter wings allow birds to be more maneuverable, says Brown. A short-winged swallow could fly upward more easily to avoid a car. Other factors may have contributed to the change in wing length as well. Many cliff swallows died from starvation in 1996 when a cold snap killed the insects the birds usually eat, and the surviving birds had shorter wings. The extra maneuverability might have enabled those swallows to catch the remaining insects, Brown speculates. ❧

Photo courtesy of University of Tulsa