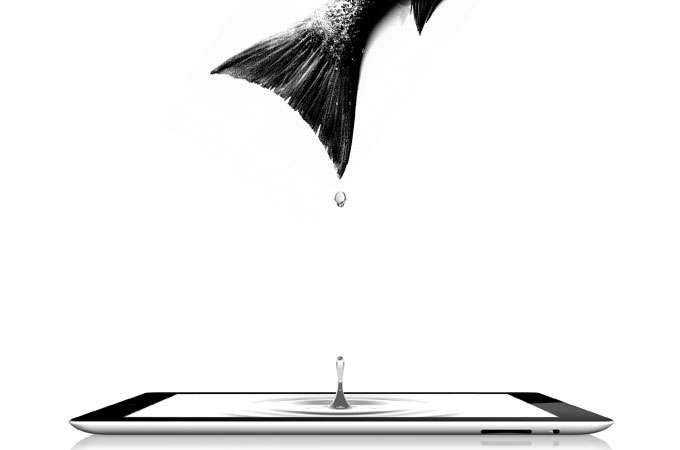 How desperation, iPads, and real-time data revived a fishery

When The Nature Conservancy, the nation’s largest environmental group, came into Morro Bay, California, in 2006 and bought out all the fishing rights—effectively closing millions of acres of marine habitat to fishing almost overnight—it was every fisherman’s worst nightmare. But then something interesting happened. TNC began leasing fishing rights back to fishermen, provided they followed more sustainable practices. Then iPads were doled out, and boats began sharing information with the environmental group and each other. Fishermen started thinking beyond pounds landed. And, realizing there were customers willing to pay more for a more environmentally sound product, they discovered an economic incentive for the changes. They started thinking less like takers and more like stewards.

For much of the twentieth century, Morro Bay was a productive harbor in the West Coast groundfish fishery. But by 2000, decades of heavy, poorly regulated trawling had decimated fish stocks to the point of collapse. Between 1986 and 2000, landings and economic revenue in Morro Bay both decreased by more than 80 percent. Regulators stepped in and declared it a national disaster. The Pacific Fishery Management Council (PFMC) and the National Marine Fisheries Service (NMFS) spent $30 million to buy out fishermen who were willing to get out of the business—about a third of the town’s fleet. The rest stayed in the game, waiting—hoping things would turn around. But by 2002, they were starting to get desperate.

That year, under pressure from a federal mandate, PFMC and NMFS announced they would be establishing large closures up and down the California coast to protect fish habitat and prohibit trawling. This was where The Nature Conservancy saw an opportunity to step in and try something new—making fishermen their allies instead of their enemies.

“What the fishermen had was a deep local knowledge of the habitats of certain species,” said Michael Bell, senior project director with the Conservancy. “There wasn’t scientific information at that level that could match the fishermen’s knowledge.”

Bell went to the fishermen of Morro Bay with the following proposition: either work with TNC to help design the new closures—and TNC would help mitigate the financial burdens—or participate in a private buyout and retire for good. The former was not an easy sell. The fishermen suspected TNC just wanted to use their information to close off more prime fishing territory. But without any other good options, a handful eventually came around. Thirteen volunteered to sell their permits, and six of those also sold their boats to TNC. “They realized this was a chance for them to shape their destiny a bit,” said Bell.

By 2006, these unlikely partners had created the Rockfish Conservation Area—3.8 million acres along the length of the California coast in which they prohibited trawling and imposed stricter regulations on other kinds of fishing. It also made TNC the second-largest fishing-permit holder on the West Coast. Never before had a conservation group become a significant stakeholder in the fishing industry. “Before, we had an advocacy role only,” said Bell, “and now we were at the table with assets.”

But what to do with those assets? Rather than retiring its quota, TNC wanted to find a new, environmentally and economically sustainable model. So they began to lease back permits and boats, provided that fishermen agreed to new practices. One of the changes was gear switching—from trawling to traps and to hook and line. Another was updating catch-reporting technology.

Matt Merrifield, a TNC geographer and data-visualization specialist, built an automated reporting system called eCatch for just this purpose. Developed to run on an iPad, the program combines GPS data with information entered by the fishermen about what and how much they’re catching; it then sends real-time results to TNC and to other fishermen.

Fishermen still must report catch information to the federal government, but its system is entirely paper-based. According to Merrifield, the federal system is outdated, underutilized, and completely static. “We wanted to bring that data back from the vessels to platform so we could run analytics on it,” he said. “That’s how eCatch was born.”

Grant funding made it possible to hand out free iPads to the Morro Bay fishermen, but it was still tough to demonstrate the value of the data. Many had been fishing the same way for 60 years; they didn’t feel like they needed an iPad to tell them what to do. And even more difficult was building trust with a group of individuals who, given the nature of management strategies, had previously had no incentive to give good information. Information was power, and it was to be hoarded. But since TNC owned the permits and fishermen wanted to fish, they got on board the eCatch platform.

Once the data started coming in, its value became apparent. For example, data showed that overfishing of hotspots is sometimes less about location and more about timing. One fisherman noticed he caught more of certain sensitive rockfish species during the day than at night. Some of the rockfish, it turned out, have a nocturnal behavior pattern that causes them to lift off the bottom at night. So the group realized they could better target fishing of desirable species such as the deep-dwelling petrale sole if they fished only during non-daylight hours. Using the data to make even small adjustments—such as limiting fishing to certain times of day or periods of the year—is making a big impact on the sustainability of the fishery, a level of fine-tuning that was next to impossible before eCatch.

Then, on January 1, 2011, the PFMC switched the West Coast groundfish fishery to an Individual Fishing Quota (IFQ) system. This controversial management strategy gives each boat a percentage of an overall annual catch limit. Boat owners can buy, sell, or trade parts of their quotas like stock market shares. This differs from the traditional method, in which all fishermen work during a given season until catch limits are reached—essentially a race. If any one boat goes over its quota for a sensitive species, it has to stay docked until it can buy up another boat’s unused quota. And there may not be any for sale. If you try to fish without the necessary quota, or if you catch sensitive species by accident and don’t have the quota to back it up, it’s a $135,000 mistake. The low supply of quota for overfished species posed a huge economic risk for the fishermen. In 2011, for example, there were only 1,200 pounds of quota available for the yelloweye rockfish, the most sensitive species in the fishery.

So the project borrowed an idea from the insurance industry. In July 2011, Morro Bay fishermen teamed up with boats in Fort Bragg and Half Moon Bay to form a risk pool. Each fisherman who either owned a quota outright or was leasing from TNC put those assets into a collective fund. Each boat kept quota for target species but voluntarily forfeited quota for sensitive species to the risk pool. Working with TNC scientists and using data collected through eCatch, they came up with plans to minimize the chance of running into sensitive species. And if a fisherman stuck to those plans but accidentally ran into trouble, he’d have the risk pool as an insurance policy. A month later, the system was tested for the first time when a boat near Fort Bragg caught 6 pounds of yelloweye in a single trip. The risk pool had only 75 pounds total for the year. Fishermen saw the results coming in on their iPads and got on the phone with each other. Within a day or two, they had worked to put a large closure on that area. Bell said it was the first time to his knowledge that a group of fishermen had voluntarily closing fishing grounds. “They realized, ‘This is ours, we need to manage it responsibly,’” he said.

But beyond this sort of anecdotal evidence, the group is seeing real numbers behind the changes they’re making. In 2012, the risk pool’s first full year of fishing, the group utilized only eight percent of all the sensitive-species quota they owned—compared to the rest of the West Coast groundfish fleet, which harvested 40 percent of its quota. Bycatch went down too; in 2012 the risk pool had about two times less bycatch than the rest of the fleet, accounting for less than one-half percent of their total catch. And for some fishermen in the group, the shorter and more targeted runs netted them more than just higher-quality fish. By selling in the live market, one fisherman saw the wholesale price for his shortspine thornyheads (known as red dragons in the San Francisco Asian markets where they’re popular) rise from 50 cents a pound to five dollars.

Right now, only 17 boats are on board and using eCatch. But Merrifield dreams of a day when the app has 40,000 users worldwide. Then, he imagines, it could generate a picture not only of catch statistics but also of social data—to show who is sharing information with whom. From that, he would hope to build a metric for collaboration that rewards fishermen for working together with regulators to better map and manage local resources. “In the past, data has been the enemy of fishermen,” says Merrifield. “We’re trying to turn that on its head.”

Note: Some numbers have been updated since this article originally appeared in print.