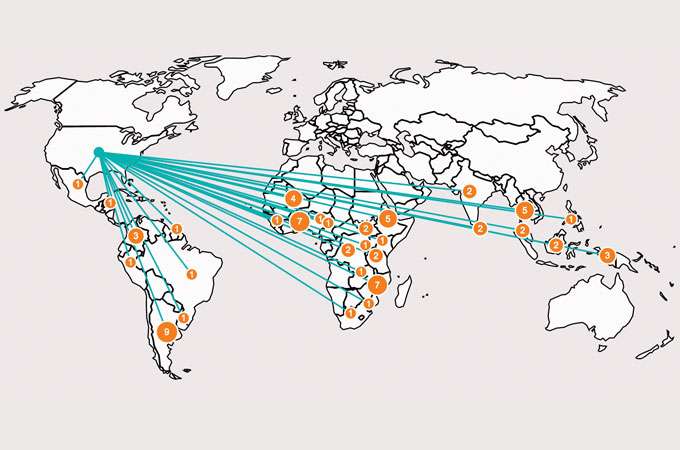 In our Spring 2012 issue, Gaia Vince reviewed Fred Pearce’s eye-opening book about how the world’s super-wealthy are buying up large swaths of land in the developing world (“Hungry for Land: A Review of The Land Grabbers”). Now a recently revised online database and visualization tool is making these often closed-door deals more transparent. Land Matrix, an independent monitoring initiative for large-scale land acquisitions, is coordinated by a consortium of research institutions.

The database currently contains information on more than 800 deals amounting to more than 33 million hectares of land. That’s more than five times the area of Sri Lanka. Users can visualize the data in a variety of ways: who’s buying land in what country, what crops are being grown on land acquired for agriculture, how large the land deals are in comparison to familiar landmarks, and more.

The information in the database is crowdsourced as well as derived from research papers, policy reports, government records, and field-based research projects, among other sources. Data on many deals are inherently unreliable, but researchers at partner institutions continually work to verify and correct information as much as possible. Since land grabs can be harmful to the environment and local communities, researchers hope that better documentation of the deals will promote accountability among investors.