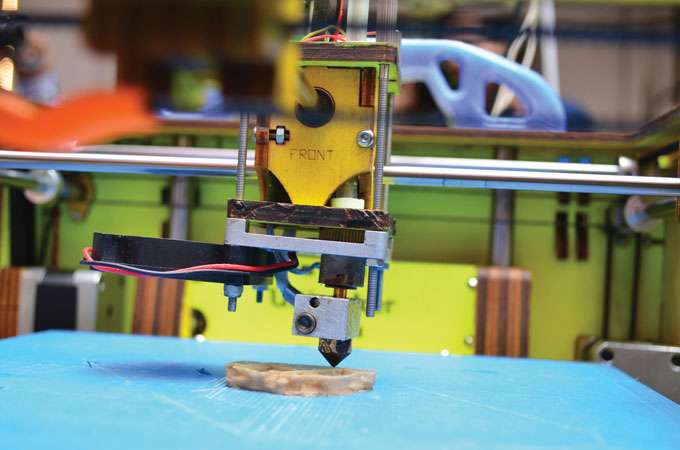 Is “made to order” greener than mass manufacturing?

With a 3D printer, you can now make everything from a child’s toy to an iPhone case to a kitchen gadget at home. Just download a design file and feed a spool of spaghetti-like plastic into the machine: the printer will build the object from the bottom up. But is this DIY approach greener than buying the item at a store?

A new study suggests the answer is yes. As long as the 3D printer uses a certain type of plastic, “it is much better for the environment to make it at home than it is to import it from China,” says coauthor Joshua Pearce, a materials scientist at Michigan Technological University in Houghton.

We tend to think mass manufacturing is more efficient than producing items individually. But if we all make our own gadgets, do we actually end up using more energy per item?

Pearce’s team calculated the energy needed (including obtaining and transporting raw materials) to print a building block, a water spout, and a low-tech citrus juicer. Then they repeated the calculations for manufacturing those objects in factories in China and shipping the products to the U.S.

If the 3D printer used a type of plastic called polylactic acid (PLA), a biodegradable plastic made from corn in the U.S., making the objects at home required 41 to 64 percent less energy than conventional manufacturing, the team reports. This reduction is due in part to the fact that 3D printers can produce partially hollow objects by filling the interior with a lattice pattern that provides mechanical strength with less raw material.

Pearce’s team is developing “recyclebots” that allow users to recycle plastic from previously printed or conventionally manufactured items into the filament fed into 3D printers. If you make an object with recycled PLA, “it’s a complete slam-dunk” for the environment, he says.