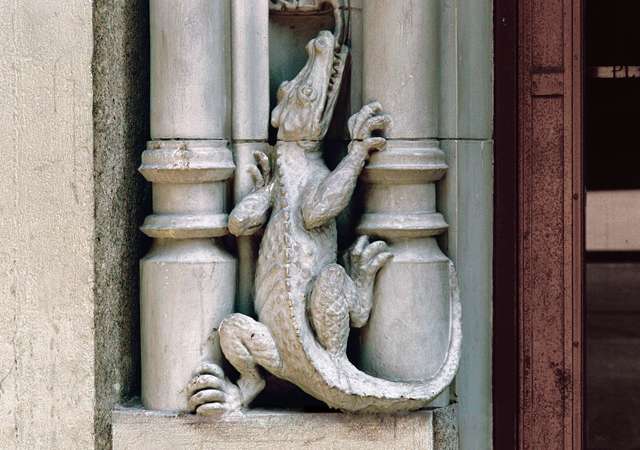 Where does the wild end and the city begin?

It sounds like an urban myth, but it isn’t. One day a lost coyote wandered into downtown Seattle. It was promptly discovered by a group of crows, who hate coyotes for their habit of preying on crow fledglings. The crows began to chase and dive-bomb the coyote, who, increasingly confused and disoriented, attempted to escape his tormentors by scampering, no one quite knows how, through the front doors of the Federal Building. From there, things got even worse for the young coyote, who had never been indoors and, horribly frightened, began running blindly about, slamming his thin, gangly body into the glass walls until he spotted the refuge of an open elevator and quickly slipped in. The doors closed, and the coyote was caught inside. Not knowing what to do, the building officials rang the police and the local wildlife officers, but help was delayed because no one would believe that there really was a coyote stuck in the downtown Federal Building elevator. Nearly three hours later, state fish and wildlife officers managed to trap the coyote—who was found to be a healthy male, probably just eight months old—and then relocated him unharmed to a suburban forested area.

Of course, no one was able to see the coyote inside the elevator. At first, I imagined him relieved. No people, no crows, a chance to draw a breath. But it is much more likely that his terror only increased in a cramped space with no exit, no glimpse of sky or earth.

So many of us are seeking gracious, creative ways of inhabiting our urban homes in this time of ecological upheaval. We want to respect the wild animals that make their homes alongside us and to help them flourish. But what does this really mean? The downtown-coyote incident, and so many others like it, unleashes a tangle of questions that force us to revisit the depth, complexity, and necessity of these interrelationships, questions that are deeply relevant to all of us, whether we keep urban chickens and a garden or live in a tiny, rented studio apartment: What is that coyote doing here, out of its forest? Whose “home” is this? Where does the wild end and the city begin? And what difference does it make to us as humans living our everyday lives?

As human habitations cut more deeply and rampantly into open space, wild animals are left with smaller, more fragmented areas in which to live, eat, and breed. The rural buffer that once separated cities from wilderness in the past is disappearing as small farms are overrun by big agriculture and urban sprawl. The tidy divisions once labeled, respectively, urban, rural, and wild are breaking down as animals that once lived well beyond urban edges are now turning up in city neighborhoods with some regularity and human-wild encounters of all kinds are increasingly frequent, startling, and confusing. Some of these animals have long coexisted with humans, and we simply see them more often now because there are more of us living in close quarters: many songbirds, hawks, raccoons, skunks, squirrels, and opossums. But a few of these animals are unsettlingly wild: coyotes. Even bears and cougars. Seeing them, we have conflicting thoughts rush through our heads. We can almost glimpse the fresh mountain streams, the images of bright, clean wilderness these creatures signify within our psyches. We want to run toward them. We want to run the other way. We notify the media. We protect our cats and shield our children. We hope that they thrive. We wish they would leave. “It’s the city, they don’t belong,” some suggest, and argue for eradication. “They were here first,” others say generously, but far, far too simplistically. And when they do leave, we crane our necks for the last glimpse of fur, tail, paw.

City dwellers often cite the cultural advantages of urban life. Cities are where the people are. They are where we gather to live, raise our families, build our schools and libraries, make music, produce theater. If cities are places where we incite one another to heightened material desires and rampant consumerism, where we are blinded to the needs, rhythms, and even existence of nature, they are also places that invite collaboration in the highest arts and the richest community endeavors. But there is also an unexpectedly profound ecological element to the human density that characterizes urban sites. Cities, ill-planned messes as they might currently be, are the places where the bulk of us will have to live if earthly life—both human and wild—is going to have any chance of flourishing. As inviting as the notion of a rural existence might be for many of us, the remaining open spaces in our country and beyond simply cannot accommodate a modern back-to-the-land movement, no matter how well intentioned. Well-planned urban density is the most ecologically promising mode of human habitation, allowing our homes to cluster, to be built alongside and on top of one another. This clustering encourages a sharing of resources, tools, energy, ingenuity, transport, and pavement that keep humans in one walkable/bikeable/busable place instead of sprawling out and further fragmenting the open spaces, wetlands, and woodlands that support wild creatures and systems. No matter how much I might yearn for a sweet Jersey cow on the back forty (and at this point, I’d settle for a pair of dwarf Nigerian goats on a shy half-acre), I have come to realize that the most ecological life I can live begins with a new understanding of my urban home.

We are in the midst of a vital thrust toward urban and earthen sustainability, changes in food practices, and conservation imperatives. We inhabit what I call a new nature, where the romantic vision of nature as separate from human activity must be replaced by the realistic sense that all of nature, no matter how remote, is affected by what we do and how we live. But at the same time, while enthusiasm and good intentions run high, as urban dwellers, we find ourselves unmoored—bereft of the folklore; naturalist practices; knowledge of local creatures, plants, and soil that were a necessity of life just a couple of generations ago. In this decade, for the first time in the history of the earth, more humans live in urban places than rural. Simultaneously, there is more popular interest in nature, wildlife, conservation, and natural living than there has ever been. As a new urban culture emerges, we are seeking to reclaim, and in many ways create anew, a body of knowledge that ties us to the natural world and that engages all dimensions of human knowing—intellectual, spiritual, philosophical, and deeply practical—informing a connection to the natural world that is creative, intelligent, earthy, wild, and beautiful.

This unfolding vision of a new urban ecology has everything to do with rethinking nature more broadly. The concept of a new nature solidified for me while I was reading a recent essay by Jason Cowley, editor of the Cambridge-based journal Granta, about the changing face of nature writing. Gone are the days when “man”—typically a bearded, poorly dressed, lone semi-misanthrope in the shape of a Thoreau, or an Emerson, or a Muir—wanders into the woods in search of meaning and purpose through a romantic communing with nature. Nature was, in the history of the genre, a kind of cipher against which the writer/thinker could, through his own longings, desires, studies, and raptures, create a meaningful sense of self. The perceived inauthenticity of conventional society was renounced for something real, true, and—always—separate from the everyday life in town that the writer left behind. New nature writing, Cowley argues, is different. The “lyrical pastoral tradition of the romantic wanderer” and even the descriptive natural history essay are being replaced by first-person narratives in which the writer places herself, along with nature, in a vital, urgent, and highly practical exploration of the human place in an ecological world. Humans are not observers of an untouched beauty; we are present, involved, touched and touching, in a journey of reconnection between daily life and wilder earth.

On our living room table lies a nest made, literally, out of our household—chicken feathers, bark from the front yard, moss from the garden stones, string from a woven rice bag that was in the garbage, bits of yarn from a scrap of carpet. It was woven by house sparrows, birds whose ancestors, like mine, came from Europe, and its loose form tells a perfect story of what I’ve come to think of as the lost boundary: the walls of our homes, our urban planning and map drawing, our workday distractions do not, and cannot, separate us from the lives and needs of a more-than-human world. We are part of a great conversation. As we pay attention, we’ll find the tracks, the script of our wild neighbors, to tell us so; we’ll begin to answer the essential question of how to live on a changing earth, where humans and nature are tangled so messily and so wondrously. 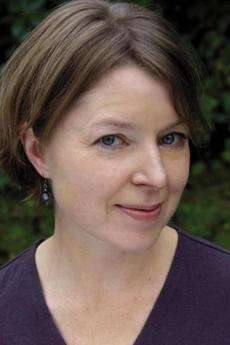 Lyanda Lynn Haupt has created and directed educational programs for Seattle Audubon, worked in raptor rehabilitation in Vermont, and is a seabird researcher for the Fish and Wildlife Service in the remote tropical Pacific. She is the author of Crow Planet, Pilgrim on the Great Bird Continent, and Rare Encounters with Ordinary Birds (winner of the 2002 Washington State Book Award). Her latest book, The Urban Bestiary: Encountering the Everyday Wild, is out now from Little, Brown.

Excerpted from The Urban Bestiary: Encountering the Everyday Wild. Copyright © 2013 by Lyanda Lynn Haupt. All rights reserved. No part of this excerpt may be reproduced or printed without permission in writing from the publisher. Reprinted by arrangement with Little, Brown and Company.