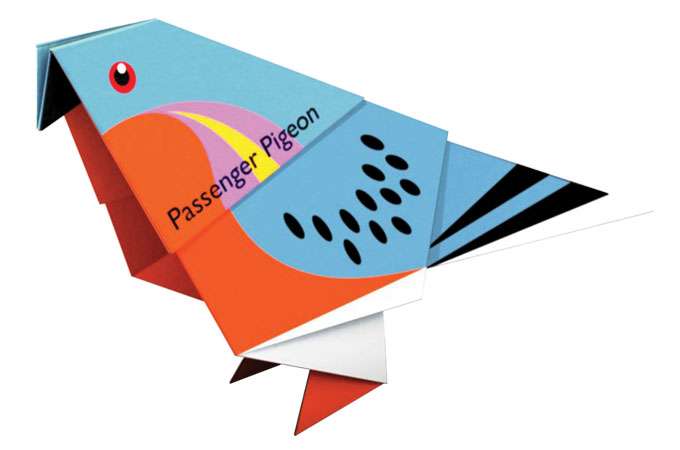 It’s not as complex as protein folding, but The Lost Bird Project’s new initiative is no less worthy. They’re rebuilding a flock of passenger pigeons—with origami. The group’s previous projects have included outsized bronze sculptures of five extinct birds and a documentary film. Its new project, Fold the Flock, aims to connect even more people to birds and raise awareness about extinction through a crowd-sourced art project. At foldtheflock.org, participants can download the pigeon origami pattern, print, and start creasing. Folders will be able to enter online the number of birds they created and watch the flock grow in real time. By the end of 2014, Fold the Flock hopes it can build a healthy population of 1 million (paper) passenger pigeons. That would be quite the reintroduction.