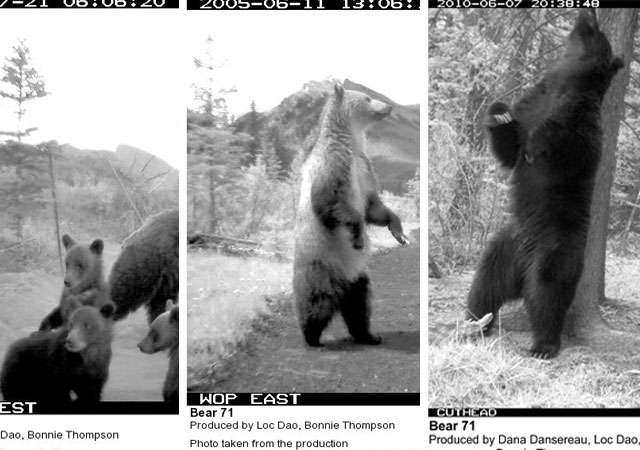 The wired wild is reshaping our relationships with other species

Last December, wolf 832F ventured out of her territory in Yellowstone’s Lamar Valley. As soon as she left the park, she lost its protections; the wolf, a six-year-old alpha female, was shot and killed by a hunter.

It’s rare for the death of an animal to make the news, but wolf 832F was a bona fide celebrity—one of Yellowstone’s most visible and popular wolves—and her death led to a public outpouring of grief. Making her death even more tragic was the fact that she had been wearing an expensive GPS tracking collar, which allowed scientists to follow her every move and gain crucial insight into the lives of gray wolves.

In recent years, there has been much pontificating about how modern communications technologies are changing the way that we relate to other people. Less discussed is the way these advances are reshaping our relationships with other species. By using satellite and cellular tags to track free-ranging animals, biologists are providing us with intimate access to the daily lives of other species, drawing us closer to the world’s wild things and making us more invested in their welfare.

Over the past several decades, the use of wildlife tags has proliferated as the devices have become smaller and more powerful. Today’s tags are capable of collecting months’ or years’ worth of data on an animal’s location at a given moment; they can be used to track everything from tiny tropical orchid bees to blubbery, deep-diving elephant seals. The devices provide crucial information about populations—helping scientists uncover the migratory pathways of Arctic terns or the ocean currents that loggerhead sea turtles like to surf—as well as about individuals. Is this particular predator a pack leader or a lone wolf? A dedicated hunter or a moocher? How much time does it spend with its pups? Who are its associates, rivals, and mates?

Learning about the personalities and life histories of individual animals can prompt affection for these creatures, even if we never meet them. Thousands of people followed wolf 832F’s escapades online; park visitors posted photos and discussed her on message boards. After she died, Yellowstone officials even received outraged phone calls. (There was nothing the park could have done—Wyoming’s gray wolves were removed from the endangered species list late last summer, opening the door for legal hunting. Sadly, wolf 832F was the eighth wolf with a tracking collar to be killed by ranchers over the course of this hunting season.)

Some scientists are beginning to provide the public with direct access to tracking data. For instance, the leaders of the Tagging of Pacific Predators project, a 10-year tracking study of 23 different marine species, created a website broadcasting the movements of their subjects in real time (or close to it). During the project’s lifetime, anyone with an Internet connection could follow the wanderings of Monty, the mako shark; Genevieve, the leatherback turtle; or Jon Sealwart and Stelephant Colbert, both northern elephant seals. The scientists supplemented the data with photos and profiles of some of the animals in addition to online trading cards and Facebook profiles.

Bird lovers can follow the migrations of bald eagles through EagleTrak, run by The Center for Conservation Biology. The group provides detailed updates on the journeys of two eagles, Camellia and Azalea, and people can “adopt” the birds with a donation of $25 or more. Each bird has about a hundred “adoptive parents,” proving how attached we can get to a wild creature when we have a name and a life story to assign to it.

Those that prefer their wildlife furrier and fiercer can watch Bear 71, a 2012 interactive, online documentary that follows the exploits of a single, radio-collared grizzly bear in Canada’s Banff National Park. Trail cameras in the remote park caught glimpses of her life—and, ultimately, her death—and the filmmakers stitched the footage together to provide a bear’s-eye view of the hazards that wild animals sometimes face.

This technology is still evolving, and we’ve only just scratched the surface of what’s possible. In the years to come, perhaps wildlife biologists will take a page from the creators of  Teat Tweet, a year-long project featuring 12 tagged dairy cows and an automatic milking machine. Each cow was given her very own Twitter account, and a program broadcast her milking stats to all her followers. On July 14, 2011, for instance, a cow named Goldwyn Windy tweeted, “I just squirted 18.9 kgs of milk out of my teats in 7:10 minutes. What did you do today?”

Of course, tweeting cows are pretty silly, and we don’t need technology to get to know an animal. Many of those who came to care about wolf 832F simply visited the park and watched her in her natural habitat. But sadly, too few of us have the chance to experience that, and while virtual encounters can’t replace the real-life kind, they may be the next-best thing.

What’s more, tracking projects may be our best hope for getting the public to invest in conservation. We may be able to ignore a nameless, faceless mass of threatened creatures; but fill in their personalities and backstories, and it becomes harder to look the other way as their habitats disappear or they are hunted to extinction. A famous animal can become an ambassador for its species, inspiring efforts to conserve the entire population. Indeed, after wolf 832F’s death, the National Wolfwatcher Coalition started a fundraising campaign in her honor, donating the proceeds to wolf research and education programs.

If her death raises awareness about our wolves’ struggles and leads to more interest in their well-being, then perhaps we can give her story a happy ending.

A version of this story originally appeared as an op-ed in The New York Times February 3, 2013.

Emily Anthes specializes in telling the stories of science. Her work has appeared in Wired, Scientific American Mind, Slate, Psychology Today, The Boston Globe, and elsewhere.