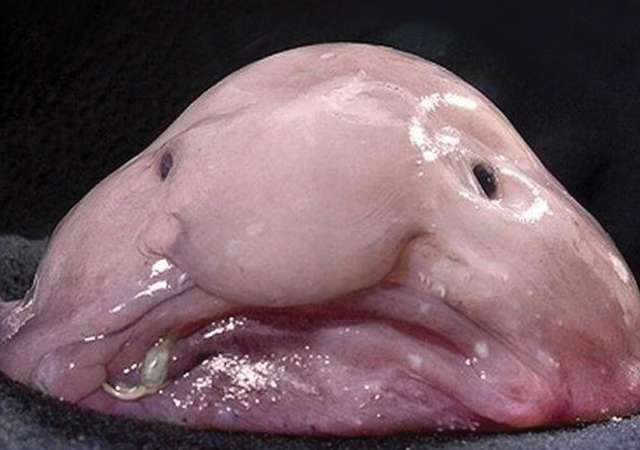 A Blobfish Walks into a Bar

Simon Watt thinks we focus too much on attractive mammals when we talk about extinction. “We have a tendency to focus on giant pandas and forget how big the problem really is,” says the British TV science presenter. “As a result, we think there are only a few endangered species. We get all self-congratulatory whenever a panda’s born or a tiger is saved.”

But Watt thinks the conversation can be much wider—not to mention funnier. Earlier this year, Watt gathered together some of his friends, including both scientists and comedians, for a traveling night of stand-up comedy about unattractive endangered species. He dubbed it the Ugly Animal Preservation Society. “We wanted to try and make it light and funny so people wouldn’t switch off,” he says.

Watt hosts the show, accompanied by six comedians who each champion a different ugly and endangered animal such as the blobfish, axolotl, purple pig-nosed frog, hagfish, or Komodo dragon. The audience votes, and the winning animal becomes the mascot for that town. Winchester voted for the Lake Titicaca scrotum frog. Edinburgh decided to adopt the bog-faced squid, a species that didn’t even have a common name until the audience chose it that night.

Watt has taken the Ugly Animal Preservation Society all over the U.K. and in September brought it online with a series of videos (available at uglyanimalsoc.com), allowing the entire world to vote. Along the way, the shows have raised money for the World Land Trust and the Natural History Museum in London. That’s something that might make even the blobfish happy.