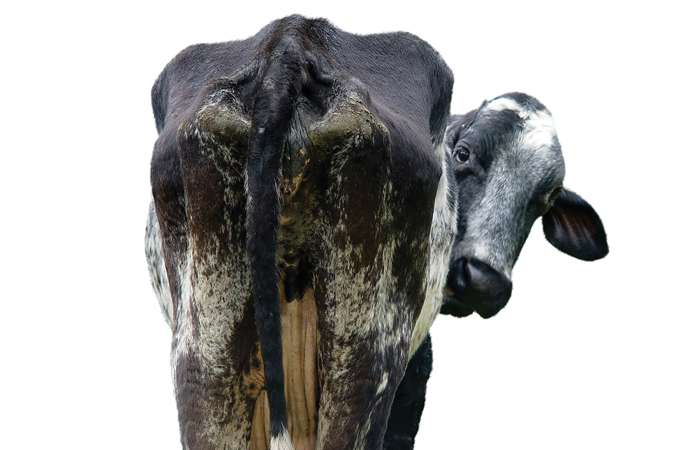 To reduce emissions, the usual thinking goes, we should promote alternative energy and declare war on coal. But researchers argue that policymakers are ignoring a crucial climate threat: cows.

Cows release methane as part of their digestive process, and this greenhouse gas is a major contributor to global warming. It also lingers in the atmosphere for a shorter time than carbon dioxide, which means we might be able to put the brakes on climate change more quickly if methane emissions are brought under control. 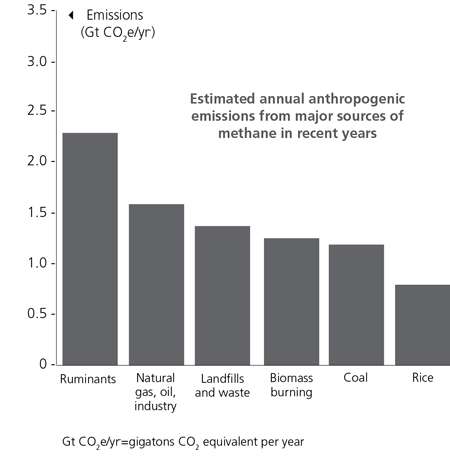 According to a commentary in Nature Climate Change, domestic ruminants—methane-producing livestock that includes cows, sheep, and goats—numbered about 3.6 billion worldwide in 2011, and that figure grows by about 25 million annually. These animals generate 12 percent of the world’s anthropo-genic greenhouse gas emissions and about twice the methane emissions of coal plants. Their grazing also drives deforestation, hogs land that could be used for crops, and reduces soil and water quality.

Policymakers should push to cut back the number of ruminants, the authors say. Convincing people to eat less meat is a tough order, but countries could provide some motivation by taxing greenhouse gas emissions produced by farm animals.