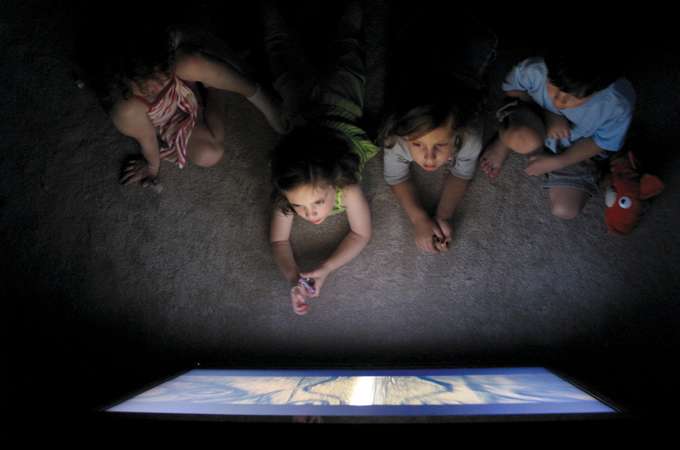 Do Animated Animals on the Big Screen Promote Conservation on the Ground?

What does the Spix’s macaw have in common with the ring-tailed lemur, the rockhopper penguin, and the green sea turtle? For one thing, the IUCN lists each of those species as threatened or near-threatened. For another, they’ve all been featured in highly successful animated motion pictures with environmental themes within the past decade.

In the 2011 film Rio, the characters Blue and Jewel are supposed to be the last pair of Spix’s macaws in the world. It’s a film franchise that explicitly identifies the wildlife trade as the characters’ primary source of antagonism and which prominently features a species that is indeed thought to be extinct in the wild. Happy Feet and Happy Feet Two feature a Robin Williams–voiced rockhopper penguin named Lovelace who has a plastic ring from a six-pack around his neck. These aren’t simply movies that feature endangered critters; their narratives are driven by environmental issues.

The at-times-awkward pairing of ecology and Hollywood is not new. Rio, Happy Feet, Madagascar, Finding Nemo, and others were preceded by FernGully: The Last Rainforest, which became symbolic of the environmental movement when it screened at the Earth Summit in Rio de Janeiro in 1991. Projecting environmental issues onto the big screen can be traced at least as far back as 1942 with the release of Disney’s Bambi, which marked a departure for the mouse by depicting animals as animals.

But are these big-screen portrayals of environmental issues actually driving children and adults to think about biodiversity or conservation in a meaningful way? (1)

An idea in psychology, the mere exposure effect, posits that people like things better simply by becoming more familiar with them. Indeed, one study found that people liked those species they were more familiar with and, in turn, were more likely to donate money for their preservation. (2) But familiarity can have a downside, too. Ironically, the demand for clownfish in the pet trade spiked following the release of Finding Nemo—despite the movie’s plot, which centers on the illegal capture of reef fish for an aquarium display. Similar trends were seen for green iguanas following the release of Jurassic Park and for red-eared sliders, thanks to Teenage Mutant Ninja Turtles. (3)

Visitors to Chicago’s Lincoln Park Zoo and to the Great Ape Trust in Iowa were surveyed about great ape conservation in 2005 and 2006. While 95 percent knew that gorillas were endangered, and 91 percent knew that orangutans were endangered, 33 percent did not realize that the same was true of chimpanzees. The most common explanation was that chimpanzees’ frequent appearance on TV and in movies suggested that they weren’t threatened. (4)

In another experiment, people who watched commercials featuring trained chimps in human-like situations reported less concern about chimpanzee welfare than those who watched public service announcements about chimp conservation or stock footage of natural chimp behavior from a sanctuary. And over 35 percent of those who saw the commercials thought that people should have the right to own a chimpanzee as a pet, compared to 10 percent of the other participants. Familiarity, in these cases, has been detrimental to public knowledge and attitudes regarding wildlife. (5)

Taken together, the available evidence suggests that mere exposure is not enough. Even for films that weave an overtly ecological tale, such as Finding Nemo, most movies aren’t in a position to drive positive changes in behavior. In fact, whatever positive effects familiarity might bring seem to be quickly overwhelmed by increased demands in the pet trade and misinformation regarding conservation status. There is a silver lining, however: one journal article reports that such films have been successfully used as launching points for classroom teachers to engage their students on issues of ecology, conservation, and biodiversity. An afternoon at the movies is not a substitute for environmental education, but in the hands of a thoughtful educator, it could still prove a useful tool.