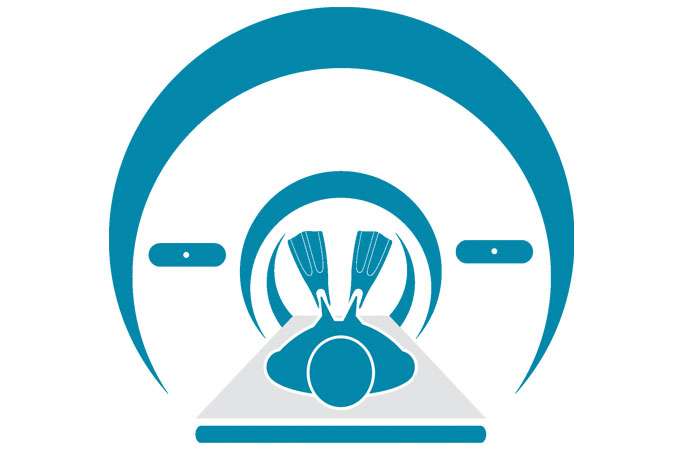 Imagine for a moment you are somewhere south of Playa del Carmen. It’s hot, and you’ve been in a plane, a bus, and then a taxi all day. You’re tired and grumpy as you check into the hotel with your broken Spanish. Now imagine that first glimpse of the clear-blue Caribbean as you step out of the cabana. The stress of the day melts away as you smell the sweet ocean breeze. And you run into the ocean, squealing like a kid.

It’s no secret that most modern humans enjoy the water. It’s where we go on vacation, it inundates our language, and it dictates where we want to live. Just look at a map of the world at night—all the lights are clustered on the coasts.

Most likely, this ocean obsession is some historical relic combining convenience, commerce, and culture tied up with a neat little Winslow Homer bow. But is it possible that there is some part of your brain that likes—nay, needs—to be near the water? That’s the subject of a new book called Blue Mind by Wallace J. Nichols. 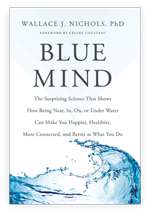 Nichols, a well-respected marine biologist from California whose work blends ecology and population dynamics with a distinct conservation message, is known for being an excellent communicator. A few years back, I saw him give a talk in which he handed everyone in the room a blue marble that represented our fragile Earth, seen from afar. He told us all to hang on to our marble—to wait and give it to someone who would appreciate the gravity of this message, thus spreading the word about the plight of our oceans.

Normally I’m a pretty savvy guy, not subject to sentimentalism. But I’ll be damned if I didn’t hang on to that marble for months afterwards, quietly looking for someone to give it to. And this is Nichols’s strength—inspiring people to remember why they care for the oceans. Introducing complex brain science, à la Carl Zimmer or Oliver Sacks? Less so.

As a scientist, I’ve worked in both cognition and marine ecology; as a writer, I’ve covered both the exploding world of brain science and our deteriorating oceans. I’m a decent kayaker, a lousy surfer, and a lover of long beach walks. Like Nichols, I feel a deep sense of peace when I go to the coast, with its long expanses of blue that cover untold wonders and adventure.

But Nichols sets out to make the case that my love of the ocean is not something I have cultivated through trips to the beach as a toddler but rather something I was born with. The problem is that the science is pretty thin. Nichols cites a few survey studies that, on closer inspection, aren’t particularly convincing. In one, researchers gave surveys to 450 Intro to Psych students at an urban Canadian university. One survey asked about their “connectedness to nature” and another about their mindfulness and social well-being over the previous 30 days. Nature-loving Canadian students claim to be happier than classmates who feel less connection to nature. (1) Another study found that students tend to score better on creativity tests after drawing fluid lines rather than angled ones. (2) The word “water” never comes up in the latter study.

Nichols also briefly mentions mirror neurons, a controversial class of brain cell that may relate to emotions such as empathy. But he doesn’t do much more than describe them—saying that empathy is important—and certainly doesn’t connect them to oceans. He neglects to cite any recent discoveries and doesn’t mention that scientists aren’t sure they even exist in humans.

The book is filled with statements such as: “Nature scenes produced greater activity in the basal ganglia, known to be triggered by viewing happy faces and recalling happy memories.” This is a little like saying that roosters are known to be associated with sunrises. The basal ganglia constitute a huge brain region involved in emotion. It’s likely that watching Vin Diesel movies and eating pretzels engages it. The same could also be said for music, race car driving, and looking out over a field of Illinois corn.

Within the past 15 years or so, neuroscience has exploded with the advent of new tools such as functional magnetic resonance imaging—those giant, doughnut-like things that produce pretty pictures of brain regions “lighting up.” Even though these tools have revolutionized brain science, they have also been used a bit overzealously to explain all kinds of phenomena, from political affiliation to addiction. There’s even a word for this practice: neurobollocks. Alternatively called neuroscientism or neurobabble, it’s a cheeky term referring to any unprovable claim couched in neuroscience—such as the idea you can see the effects of a commercial’s marketing power in the brain or that you can spot a lie as it’s told.

Much of the confusion over neurobollocks comes from the complex statistics needed to analyze brain imaging and sort out the salient bits from the background noise of a brain doing its daily tasks. With so much data, an incautious researcher can pick out almost any trend he wants.

False claims based on fMRI have led to a widespread backlash against imaging studies. I suppose this is part of the natural scientific process of finding the edges of a new technology’s capabilities. But if we’re not careful, a nascent discipline can quickly become pseudoscience.

It wouldn’t be fair to call this book pseudoscience, but it does both overreach and underwhelm. It’s like a book describing how people like chocolate more than asparagus; it’s not great science and it’s not surprising. Does water truly have some particular power over the brain that cornfields, meadows, or mountains do not? Nichols suggests the large proportion of water in our brains and bodies connects us to the seas (by this logic, our bodies’ carbon connects us to coal). As a person who truly loves the ocean, I like this water-connection idea. It’s comforting and it makes a great plea for environmental stewardship. But hanging that idea on thin neuroscience doesn’t help his cause.

Erik Vance is a freelance writer based in Mexico City. His writing has been featured in Discover, Scientific American, Harper’s, and Nautilus.