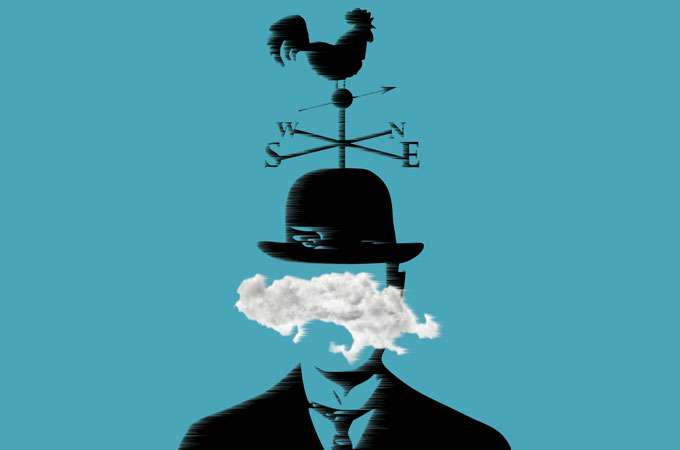 Climate Change Attitudes Are as Variable as the Weather

All politics is local, and so, it turns out, are climate change attitudes. People’s perception of climate change is also heavily influenced by what’s happening with their neighborhood weather, researchers say—and that could have troubling implications for the world’s ability to promptly embrace effective climate policies.

Social scientists have long recognized that, to a certain extent, “all climate change is local.” Surveys show that during heat waves, for example, more people agree that global warming is real and we should do something about it—but the proportion drops if a cold snap sets in. Several studies add some intriguing detail to this basic insight.

In one study, researchers found that belief in climate change roughly correlated with outdoor temperatures: as the temperature rose, the study’s 93 college-age subjects were more likely to agree that global warming is taking hold. But this held true only up to a point: the effect wore off above a certain temperature, as a team led by psychologist Jeff Joiremen of Washington State University in Pullman reported in 2010 in the Journal of Environmental Psychology. (1)

Two recent studies in Nature Climate Change reveal how local conditions influence public opinion on a national scale. A review of polling and temperature data from 89 nations found that people living in countries with rising average temperatures are more likely to perceive a warming climate, Yale University’s Peter Howe and colleagues reported in 2011. (2) And in the U.K., a 2010 survey of 1,822 people found that those who had experienced bad floods were more likely to be concerned about climate change and to support reducing energy use to curb emissions, Alex Spence of the University of Nottingham and colleagues reported in 2012. (3)

Such findings highlight the important role that personal experience and extreme weather events play in shaping public attitudes about climate change, researchers say. But those two factors alone aren’t likely to spur a quick response, warns a new study. Because extreme weather is relatively rare, and because there is great natural variability in local conditions, it could take decades for a nation to reach a political tipping point and take action, Katharine Ricke and Ken Caldeira of the Carnegie Institution for Science in Stanford, California, wrote in Nature Climate Change (4).

To see how quickly local conditions might persuade one-half of a nation’s population to support climate action, the pair developed relatively crude computer scenarios that link local weather to public opinion. They assumed, for example, that public support for action might be high right after a heat wave but melt away over time.

The take-home: A single extreme event might be enough to push a small nation over the tipping point, but it could take two decades or more to build a majority for action in the larger nations—such as the U.S. and China—that are the biggest emitters. The numbers are very soft and the world much more complicated, the authors caution. But the results do carry a warning, they conclude: “It may be tempting to wait for nature to take its course . . . but there are great risks in allowing local weather to drive national and global climate policies.”