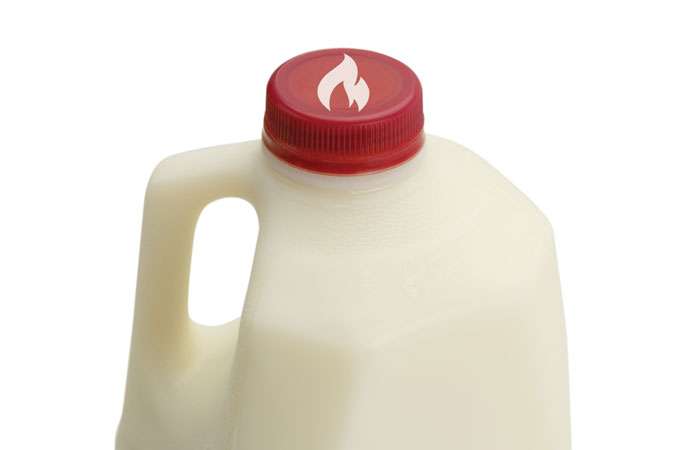 Non-Toxic Flame Retardants Made from Milk

Milk, it is said, does a body good; but what about the clothes that are on that body? New research has shown that milk proteins called caseins, a byproduct of cheese production that normally gets dumped down the sewer, could help make fabrics more flame-retardant. The idea, which is still in its early phases, could lead to a replacement for current flame retardants. Flame retardants save lives, but they have also come with a sizeable environmental and human health cost. The chemicals in conventional flame retardants have been linked to early puberty in girls as well as to cancer, low birth weight, and infertility. The chemicals can also enter the environment through wastewater, where they accumulate in aquatic sediments and the tissues of wildlife. Traces have been found in animals around the world, from polar bears in the Arctic to penguins and sea sponges in the Antarctic, and the toxins may alter hormones of affected creatures.

Researchers from Italy’s Polytechnic University of Turin began their search for a more eco-friendly alternative in the dairy aisle. They knew caseins, like conventional flame retardants, are high in phosphorus. So they tried coating three types of materials—cotton, polyester, and a 65/35 polyester-cotton blend—with cheap, plentiful caseins from Italy’s productive cheese industry. (1) During the tests, caseins formed a char layer of incombustible carbon on the fabric. The char stopped the flames after they had consumed just 14 percent of the cotton and 23 percent of the polyester. The cotton-polyester blend still burned completely but did so at a rate 60 percent slower than that of untreated fabric. That’s a result, the researchers say, comparable to a textile-fireproofing treatment medium called ammonium polyphosphate (APP). Moreover, conventional flame retardants release dangerous gases such as formaldehyde during a fire. No toxic fumes were produced during the casein tests.

The researchers also noted several challenges. For example, the treated polyester dripped hot residue as it burned. Nevertheless, the research holds promise, says flammability expert Alexander Morgan of the University of Dayton Research Institute. Morgan, who was not affiliated with the study, says further research will need to determine how the casein-treated fabrics hold up to laundering or whether they will resist bacterial or mold growth. The coated fabrics ended up smelling rather rancid after a few days.