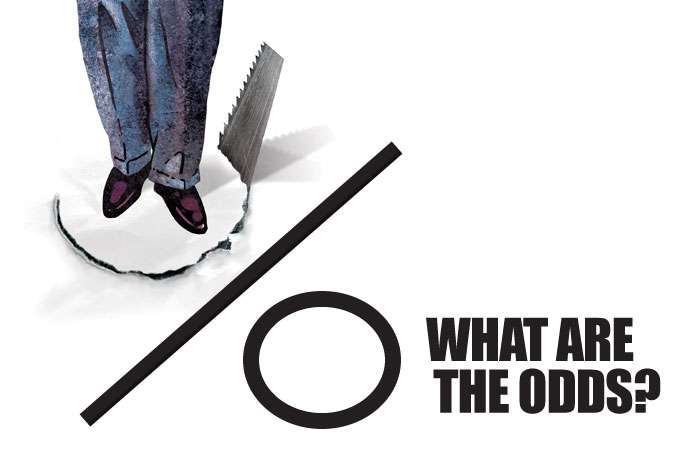 The Politics of Risk

At a Port Monmouth, New Jersey, town hall meeting in February of this year, residents voiced their anger over the slow recovery from Hurricane Sandy. Governor Chris Christie took the opportunity to continue his feud with the National Flood Insurance Program (NFIP), the flood protection arm of the Federal Emergency Management Agency (FEMA). Channeling the crowd’s frustration, Christie let loose with a war cry: “FEMA is the new F word.”

Chris Christie’s New Jersey is a perfect window through which to view the madness of American disaster policy. At the time Hurricane Sandy struck the eastern seaboard, the NFIP was covering 5.5 million homeowners nationally, 236,000 of them in the Garden State—the fifth-highest number in the nation behind Florida, Texas, Louisiana, and California. Yet local coverage has been surprisingly spotty. In ZIP codes of hurricane-prone Monmouth County, at least half the residents choose not to buy flood insurance. It’s the worst possible situation: a federal program underwrites risk in hazardous flood terrains, stimulating growth in these areas—but not everyone buys the insurance, leaving billions of dollars in damages unrecoverable.

Monmouth County is hardly alone. The reality of climate change and sea level rise, combined with the amount of wealth we have built along our coasts, is its own kind of economic disaster. Today nearly 40 percent of the nation lives in shoreline counties—higher than at any other time since the early days of the republic. Growth rates in coastal New Jersey exemplify the pattern, with a 36 percent growth rate for Monmouth County (and 174 percent for Ocean County) since 1970. Nine of the ten costliest hurricanes in American history have smashed down since 1989, eight of them since 2004. People waiting for a storm that’s bad enough, or a bipartisan consensus that’s sensible enough to spark reform, will be waiting a long time. If Hurricane Katrina couldn’t do it (it didn’t), then we need to reinvent—not just reform—federal flood insurance for the coming disaster era.

Federal flood insurance began as a solid idea.By the mid-1960s, Congress was growing alarmed by the frequency and cost of natural disasters. The Johnson Administration crafted the NFIP as a quid pro quo program. Communities would be eligible for flood insurance coverage if they undertook floodplain management along sustainable lines. It was a perfect reflection of the conservation ethos emerging in federal policy in the 1960s. If the government could shape coastal land sustainably and bring down post-disaster relief payments at the same time, then the NFIP would be a win-win.

The entire enterprise rested on the federal government’s ability to effectively map coastal and riverine environments and then set insurance premium rates that reflect the risk. But development outpaced mapping efforts: over time, the maps grew seriously out of date, and rates fell out of step with the real costs of flood protection and reconstruction.

Hurricane Katrina pulled back the curtain on NFIP dysfunction. In addition to the mapping problem, FEMA lacked the resources to enforce the purchase and maintenance of flood insurance. Consumers often let their policies lapse after a few years, figuring either that it was a bad investment (the storm won’t hit me) or that—if the storm did hit—Congress would respond with a generous relief package. By July 2013, the NFIP was $24 billion in debt to the treasury. 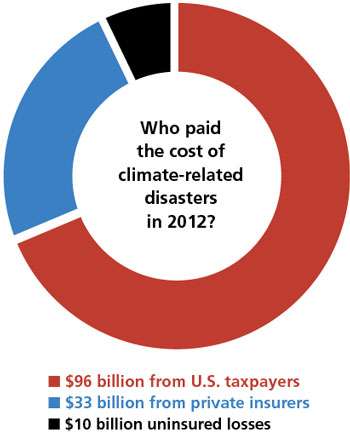 Katrina’s bankrupting of the NFIP, however, did spark a brief moment of sanity. In 2012, Congress passed the Biggert-Waters Flood Insurance Reform Act. Crucially, Biggert-Waters ended coverage for so-called “repetitive loss properties,” flood-prone homes that had been allowed over the years to remain in the program. It also introduced a schedule for increasing premiums, so as to ease policyholders off subsidies and make the entire program economically more stable. For the proponents of reform, this was a rare and wonderful moment: a federal policy was going to actually curb the worst impacts of unrestricted coastal development—a move that harkened back to the initial ideology of the NFIP. Disaster politics had (amazingly!) worked.

A 2013 Government Accountability Office analysis of Biggert-Waters indicated that nationally about eight percent of NFIP customers would see immediate rate increases and another 13 percent of customers would likely see them in the near future; these would be the policyholders in the highest-risk areas, who absorb the largest share of federal subsidies. Afraid of rising flood insurance costs, they made their voices heard, and their representatives in Congress listened. The minute Biggert-Waters became law, a determined and bipartisan coalition of legislators led by Louisiana Senator Mary Landrieu set out to roll it back. Landrieu, locked in a tight re-election contest, picked on provisions in the bill intended to bring premiums into line with the real costs of flood insurance in risky flood zones. She highlighted a handful of extraordinary cases (easy news targets) and whipped up fears that flood insurance bills would go through the roof and real estate markets would destabilize.

In March 2014, both the Heritage Foundation and the Natural Resources Defense Council gave members of Congress the same advice: vote “no” on the Homeowner Flood Insurance Affordability Act of 2014, a bill to undo Biggert-Waters. It’s not every day that anti-taxers and environmentalists find common ground. But when it comes to flood insurance, the people taking the long view tend to agree. The long view in this case is that sea level rise is real, and building (and rebuilding) in flood-prone areas will necessitate more and more increasingly costly subsidies and relief payments. But this coalition could not hold back the “reform” of the reform, and now Biggert-Waters is history.

The Biggert-Waters “moment,” though, should give us pause. Perhaps the policy was right but the level of government was wrong. If the federal government is too distant, too cumbersome, and too riven by factions, then perhaps states or even cities are the right unit of governance for undertaking disaster policy reform.

At the state level, Governor Cuomo’s post-Sandy policy has gone a step further into the extremely controversial area of “retreat” from the coastline. Most people would prefer to remain, rebuild, and defend. But what if unbuilding the coastline were an option? It has always been deemed too expensive (FEMA has tried it here and there in the Mississippi Valley), but now Cuomo is putting real dollars on the table not to rebuild parts of Long Island and Staten Island. Such moves spin the development arrow in the opposite direction—but when the next storm comes, these may well be the actions that show the greatest return on investment.

Scott Gabriel Knowles is a professor of history and philosophy at Drexel University. He is author of The Disaster Experts: Mastering Risk in Modern America.

The science of risk: How much is climate change to blame for extreme weather? >>