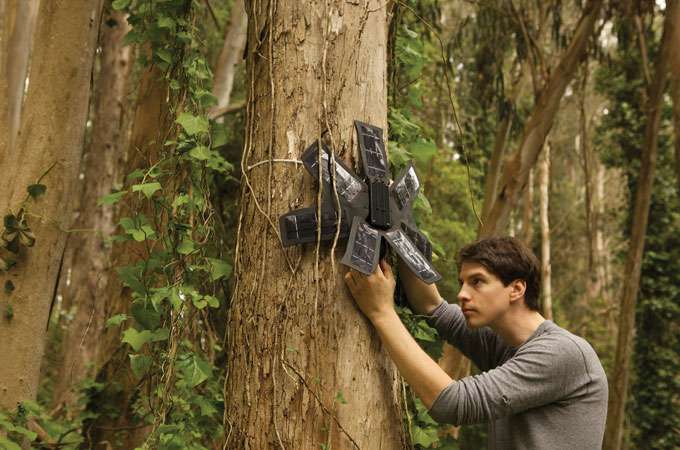 This Forest Is Bugged

Rainforest Connection is a tiny nonprofit launched two years ago in San Francisco by Topher White. White, 32, is “upcycling” used Android smartphones into solar-powered spy gadgets, which he mounts in the canopy of protected forests. The devices record periodic snippets of audio, uploading the clips over the cellular network to his servers, which scan the waveforms for telltale sounds of illegal forest clearing: the buzz of chain saws or the rumble of trucks.

In 2013, White hid four of his bugs in treetops around 134 hectares of the Kalaweit gibbon sanctuary in Sumatra. Within a day of going live, White says, the system homed in on a group of loggers and sent out an alert. Sanctuary managers then drove off the interlopers. Within two weeks, he says, illegal logging in the sanctuary ceased completely. “The loggers quickly decided to move on,” White says. His next project, to be done in conjunction with the Zoological Society of London, will use 30 phones to monitor 10,000 hectares around the periphery of a large sustainable forestry reserve and elephant habitat in Cameroon for sounds of poaching or illegal logging.