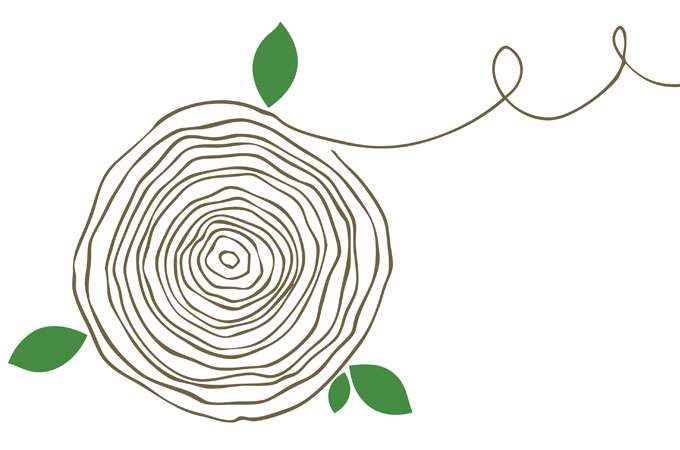 Wood is great for building and heating homes, but it’s the bane of biofuels. When converting plants to fuels, engineers must remove lignin, a key component of wood, to get to the sugary cellulose that’s fermented into energy-rich compounds. This is costly because it normally requires high temperatures and caustic chemicals. Now, researchers in the U.S. and Canada have modified the lignin in poplar trees to self-destruct under mild processing conditions—a trick that could slash the cost of turning plant biomass into biofuels.

More than two-thirds of plant matter consists of cellulose and hemicellulose fibers, both made up of long chains of glucose and other sugar molecules. Much of the rest is the lignin that wedges between the other fibers and glues them together, providing rigidity and preventing pathogens from lunching on the sugary materials. To remove that glue, engineers typically heat biomass to 170 degrees Celsius for several hours in the presence of sodium hydroxide or other alkaline compounds that break lignin apart. This “pretreatment” accounts for between one-quarter and one-third of the cost of making cellulosic ethanol, says Bruce Dale, a chemical engineer and biomass pretreatment expert at Michigan State University in East Lansing.

Plant biologists have tried for decades to work around the troubles with lignin. One early approach decreased the expression of plants’ lignin-producing genes. But that backfired, as the plants either wound up with stunted growth or keeled over when hit with a gust of wind. “Plants really need lignin,” says John Ralph, a plant biochemist at the University of Wisconsin, Madison. Other teams have manipulated plant genes to change the proportions of lignin’s main building blocks, hoping to create a substance that degrades more easily.

Ralph and his colleagues opted for another path. Instead of altering the proportions of lignin building blocks, they added a new one that makes it easier for them to later “unzip” the lignin’s structure during pretreatment.

The feat took several years to pull off. But Ralph and his colleagues recently reported in Science that they’ve produced “zip-lignins” in young poplar trees. (1) The plants appear healthy and show every sign of normal growth in the greenhouse. But when ground up and subjected to a mild base at 100 degrees Celsius, the lignins readily fall apart, releasing twice as many sugars as their wild-type kin do under the same conditions.

Biofuel makers may finally find a way out of the glue that has trapped them for decades.