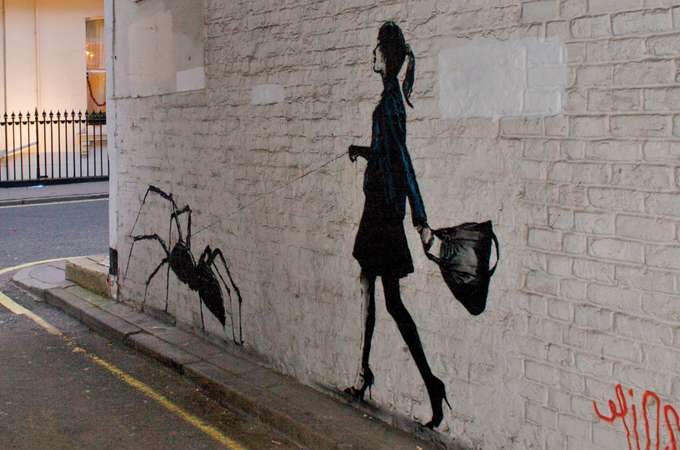 Not So Itsy-Bitsy Spiders in the City

Coyotes find cemeteries to be good habitat, urban shrews grow bigger brains, and birds change their tune to be heard over city noise. Sarah DeWeerdt explored these and other surprising urban wildlife adaptations in “Cohabitation” (Conservation, Winter 2014). According to a new study, spiders in the city are adapting to their surroundings, as well—and the changes might make some human urbanites uncomfortable.

The spiders are getting bigger, and they’re multiplying faster. Researchers in Australia found that golden orb weaver spiders in Sydney grow larger, eat more, and reproduce more successfully than their rural brethren. (1) The biologists looked at the degree of urbanization at sites in and around the city (determined by the amount of pavement, vegetation, and leaf litter present) and measured the legs, weight, fat stores, and ovaries of spiders within those sites. Sure enough—bigger, more fertile spiders turned up in more urban sites. The researchers surmise that orb weavers thrive in the city because they are better suited to the steamier temperatures produced by the urban heat island effect. They also suspect that the presence of street lights and garbage makes it easier for the spiders to find insects to feast on. Looks like cities are becoming treacherous for arachnophobes.