If a Tree Falls in the Forest, How Many People Get Sick? 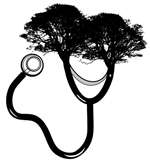 Over the past couple of years, Conservation has published several stories reinforcing our human propensity for embracing trees. As Roberta Kwok reported in “Cause of Death” (Journal Watch, Conservation, Spring 2013), researchers linked the emerald ash borer’s mass tree killing in the Midwest to a rise in cardiovascular and lower- respiratory disease. And in “iTree” (Solutions, Conservation, Summer 2013), Sarah DeWeerdt wrote about U.S. Forest Service researcher David Nowak’s open-source software that calculates what any particular tree contributes to pollution removal, carbon storage, and mitigation of building heating and cooling costs.

In a new study, Nowak and colleagues set out to determine the health impacts and economic benefits of air pollution removal by trees in the continental U.S. Using public records, the researchers determined that trees and forests removed more than 17 million metric tons of pollution from the air in 2010. That translates into the prevention of 850 human deaths and 670,000 cases of acute respiratory symptoms. In terms of saved healthcare expenses, that’s a value of $6.8 billion dollars. (1)

And here’s the kicker: the 17 million tons of pollution removed by trees, which is associated with $6.8 billion dollars saved, represents less than one percent of the pollution swirling around in the air.