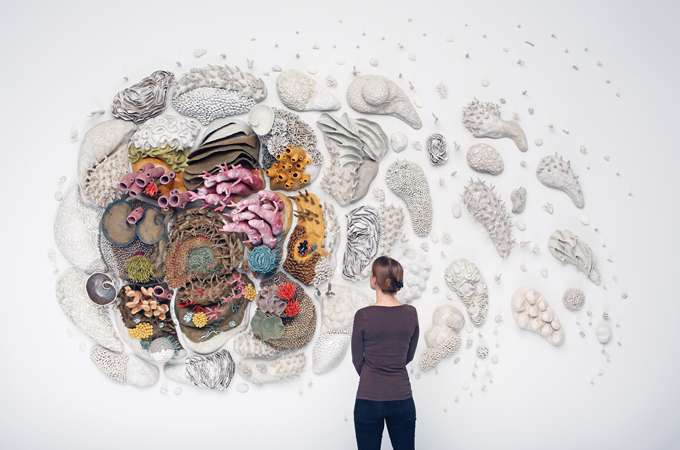 Tiny marine organisms painstakingly build expansive coral reefs, one tiny piece of calcium carbonate at a time. Sculptor and ocean advocate Courtney Mattison mimics that process, patiently handcrafting reef pieces one by one, shaping and texturing them with simple tools such as chopsticks, and assembling them into complex colonies. Mattison has constructed a series of three large-scale ceramic reef installations to highlight the ecosystems’ vibrancy—and their peril.

She completed the first installation in her “Our Changing Seas” series at the Rhode Island School of Design while earning a master’s degree in environmental studies at Brown University. That piece is on display at the American Association for the Advancement of Science headquarters in Washington, D.C. The third work in the series, shown above, highlights the rapid bleaching of coral reefs brought on by warming and acidifying oceans.