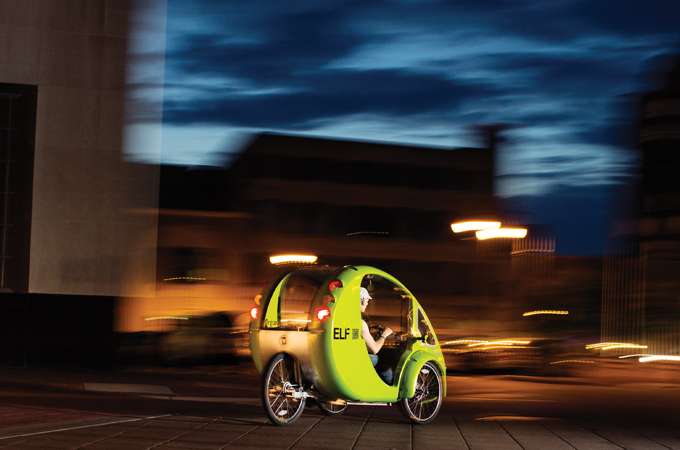 Please Step Out of Your Car

With imaginative, green ways of getting around the city, cars may finally go the way of the horse and buggy. 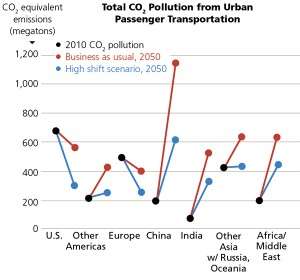 The car culture in cities is taking its toll on the climate. Urban transportation pumped about 2.3 gigatons of CO2 into the atmosphere in 2010—that’s about one-quarter of all transportation sector emissions. What would happen if we got more people out of their cars? A new study finds that shifting investments from car infrastructure to cleaner transportation options would have huge impacts: a 40 percent decrease in annual CO2 emissions from urban passenger transportation and a 20 percent savings—$100 trillion—in projected costs of vehicles, fuel, infrastructure construction, and operations by 2050. (1)

So how to get there? For starters: the ELF (above), a hybrid solar and pedal-powered vehicle, has a 15-mile electric range and gets the equivalent of 1,800 mpg. The ELF can travel up to 20 mph on electric power only and up to 30 mph when combined with pedaling—and it can charge in the sun with its 100W solar panel. Its locking hatchback has room for a full load of groceries. See all it can do at organictransit.com.

1. A Global High Shift Scenario: Impacts and Potential for More Public Transport, Walking, and Cycling with Lower Car Use. Institute for Transportation and Development Policy and University of California, Davis. 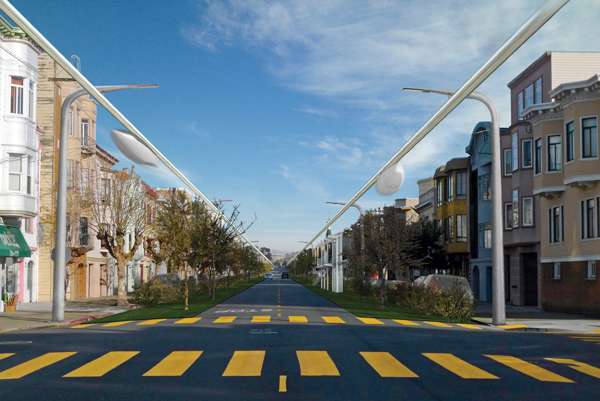 Frustrated commuters dreaming of soaring above the bumper-to-bumper traffic may soon have their wish granted. SkyTran, a company housed at NASA Research Park in California, has partnered with Israel Aerospace Industries (IAI) to build a prototype elevated rapid transit system on IAI’s campus. The SkyTran technology consists of lightweight, two-passenger vehicles suspended from a track by magnetic levitation, meaning that magnetic fields hold the cars to the track and propel them along it. This takes very little power: you can travel 100 kilometers per hour on SkyTran for the same amount of power used in two hair dryers, according to the company. Riders don’t have to stick to a set schedule: they simply call up a vehicle via computer or smartphone and set a pickup time at a nearby station. When the IAI experiment is complete, the first commercial SkyTran system is slated to be built in Tel Aviv. Image: SkyTran imagined in San Francisco © SkyTran 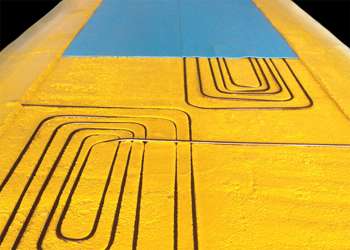 U.K. designer Offer Canfi wants to take the electric bike to the next level. With his design, called Flux, special bike lanes would be embedded with coils that send electricity wirelessly to a bike, eliminating the need to ride with heavy batteries. Canfi developed a capacitor that adds 2.3 kWh of power to a bike and weighs less than 2 kilograms; it can be mounted on any bike with a basic diamond frame. Solar panels lining the road could provide electricity to the lanes. Photos ©Offer Canfi [/columns] 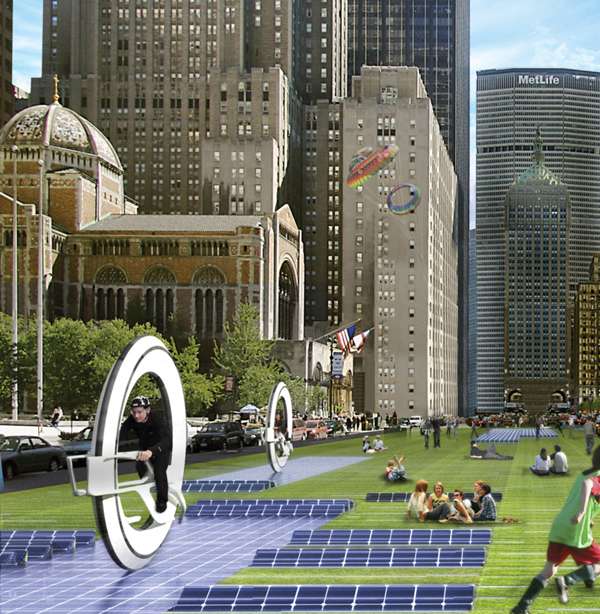 Designers at Höweler and Yoon Architects are reinventing the surface of city streets. Instead of static asphalt or concrete, their Tripanel surface can change throughout the day for different uses. When the sun shines on the street, for example, it can become a solar farm to generate clean power for the city. Or for public events, the street could transform into a green, park-like area. Image ©Höweler and Yoon 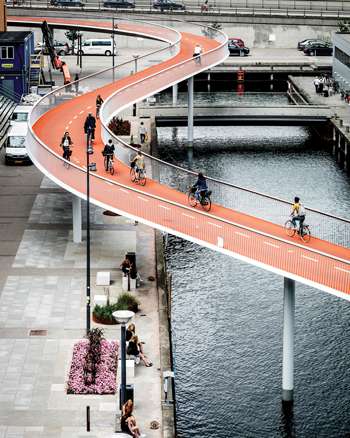 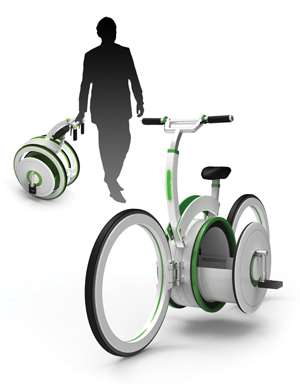 Korean designer Shin Hyung Sub Shin has imagined an electric bike that doubles as a rolling suitcase. In bike mode, a space between the wheels holds cargo. To shift into “carrier” mode, the spokeless wheels fold in around the storage space and the handlebars double as the suitcase handle. Image ©Shin Hyung Sub Shin 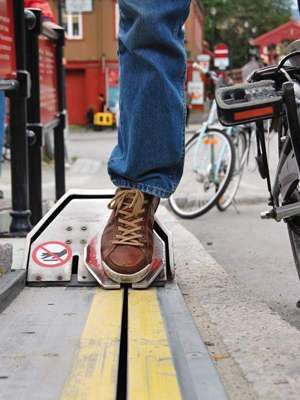 For some cities, getting people out of cars and onto bikes is an uphill battle. But it doesn’t have to be, thanks to the CycloCable. Riders keep one foot on their bike and place the other on the footplate; the lift pushes them uphill at 1.5 meters per second—and they arrive at the top, high and dry. Photo courtesy of Trampe/CycloCable