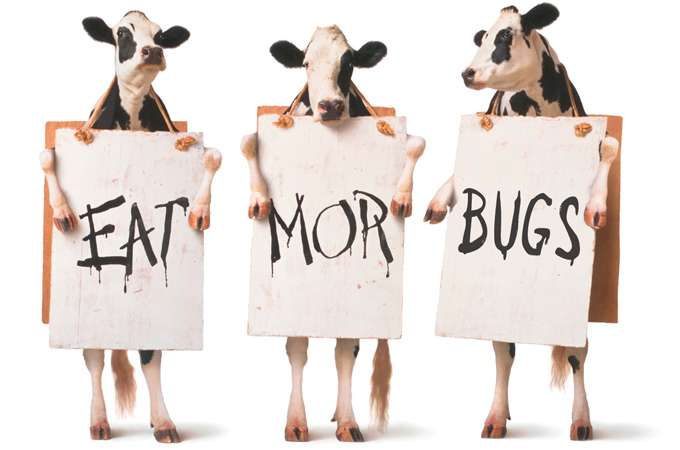 In Conservation’s Summer 2014 issue, Daniella Martin laid out a vision of a more eco-friendly fast-food future—one that includes a healthy serving of insects—in her feature story “iHop.” In a big leap forward for this leggy protein source, Big Cricket Farms has opened up the first edible-insect farm in the U.S. in an abandoned warehouse in Youngstown, Ohio. And those bugs could end up in a snack aisle near you.

The farm is raising European house crickets (Acheta domesticus), which are considered to be quite tasty and have a better nutritional profile than some other edible cricket species, according to Big Cricket Farms. The crickets chow down on organic feed until they’re harvested by freezing at an age of about six weeks. (The USDA currently lacks production standards for insects for human consumption.)

Big Cricket Farms is working with insect–snack food startup Six Foods, which will grind the bugs into flour and make this into chips—or what they’re calling “chirps.” Six Foods expects to start shipping Chirps in October 2014—in sea salt, hickory BBQ, and aged cheddar flavors. Together, they hope to take the “yuck” factor out of insect cuisine.