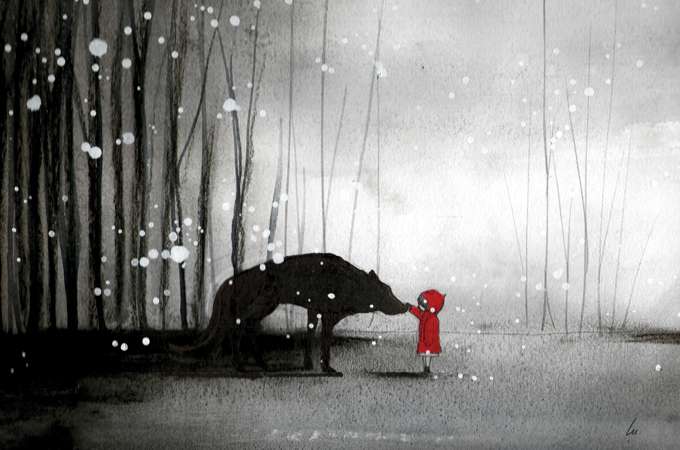 In predator-human conflicts, the thing we have to fear most is fear itself

One afternoon in September, a six-year old boy was hiking with his parents and siblings along a wooded trail in California’s Silicon Valley when a mountain lion leapt toward him. Whether the big cat saw the boy as a meal is uncertain, but the animal was chased away by the adults. The child was hospitalized for bite wounds and scratches to his upper body, head, and neck. “If the animal is captured and its DNA matches saliva samples on the boy’s clothing, the mountain lion will be killed,” wrote Steve Gorman for Reuters.

Humans typically come into conflict with predatory wildlife because of real or imagined losses to life or property. Aggrieved individuals sometimes kill animals illegally, in retaliation for property damage or livestock predation. (1) Other times, local governments enact eradication policies, either through massive culls or through bounties. But officially sanctioned culls are rarely effective (2), and a concerted effort to eradicate apex predators such as wolves, bears, sharks, or big cats can have far-reaching consequences on the ecosystems in which they live.

Declines in the number of African lions and leopards, for example, resulted in the explosive growth of olive baboon populations. Baboons are now one of the greatest threats to livestock and crops in sub-Saharan Africa, and families must keep children out of school to help guard their farms. Similarly, once mountain lions were driven from most of the eastern U.S., populations of white-tailed deer burgeoned. Not only did an overabundance of deer alter local plant communities, it also led to increases in car collisions—affecting both socioeconomics and
human health. (3)

One popular alternative to sanctioned or illegal killing is economic incentives provided to farmers and ranchers. In Kenya, Maasai pastoralists can receive compensation for livestock lost to lions. (4) In Sweden, farmers can receive subsidized electric fencing to keep wolves from attacking dogs and sheep. (5) The Swedish government has also tried offering monetary or in-kind payments to stakeholders, based on conservation outcomes—such as the number of carnivore offspring in a certain area. Even though that’s been effective for protection of wolverines, brown bears, and lynxes, it has not proven effective for gray wolves. (6)

Taken together, economically based programs have been successful only intermittently. They can fail for any number of reasons, including lengthy time lags, fraud, problems with trust and transparency, or cultural inertia. That’s because killing predators is motivated only partly by economics. In Brazil, for example, ranchers’ intentions to kill jaguars is driven more by social factors. Those who thought that their peers killed jaguars, or who thought that their peers expected them to do so, were more likely to kill jaguars themselves. (7)

Coexisting with predators—with their big, sharp teeth and long, scary claws—is therefore best thought of as a psychological problem rather than an economic one. In 2013, researchers wanted to see whether education about the benefits of black bears would encourage Ohio residents to think more positively about the predators. (8) They found that when people were given only tips on how to avoid bear conflicts, tolerance actually decreased. But when safety tips were paired with information about the importance of bears for tourism and for the greater ecosystem, acceptance of black bears increased. The tips alone made the fearful aspects of wildlife encounters more salient; pairing tips with knowledge about the benefits of predators allowed people to feel greater control. Likewise, in another experiment, researchers discovered that tolerance for tigers in Nepal improved when people better understood how tigers contributed to local tourism and controlled the wild ungulate populations that were eating their crops. (9)

In addition, psychologists who study how humans interact with wildlife stress the role of emotional affect. (10) That is, it is important to account for the role of fear in any attempt to increase tolerance for predatory wildlife. In one study, people’s fear of wolves and brown bears arose not only from knowing that the animals could harm them, but also from a perceived lack of control were they to encounter one in the wild. The unpredictability of the animals’ behavior was less significant.