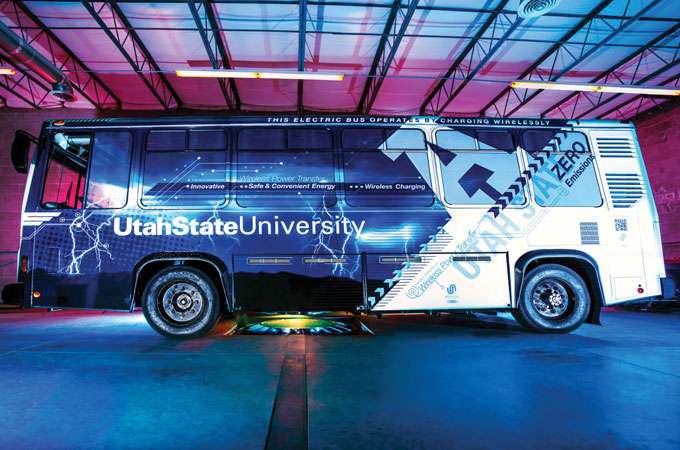 In “Changing the Battery” (Winter 2012), Michael Abrams explored how some innovators are getting around slow, incremental improvements in battery technology by rethinking how we use batteries. He described the work of researchers at Utah State University to develop wireless charging technology for electric cars. This wireless power transfer via magnetic-resonance coupling is now taking to the streets.

Last November, the Utah State University Wireless Power Transfer Team rolled out a prototype electric shuttle bus that charges wirelessly at bus stops. The bus can receive power at up to 25 kilowatts and achieves greater than 90 percent efficiency in transferring electricity from power grid to battery. And the bus simply has to position itself over an electrified pad in the ground in order to recharge.

WAVE (Wireless Advanced Vehicle Electrification), Inc., a Utah State University spin-off company that also worked on the electric bus, is moving toward its first commercial demonstration, expected to occur later this year. With additional support from the Federal Transit Administration, it will showcase a 40-foot transit bus with a wireless power transfer capability of up to 50 kilowatts on a public transit route.