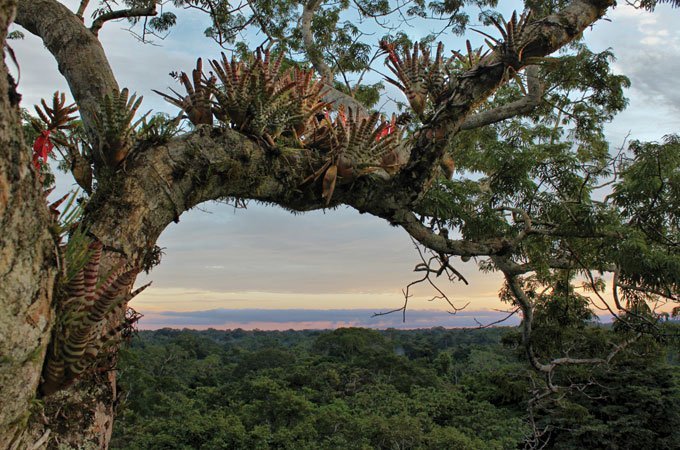 Species-rich clusters of four major taxonomic groups—amphibians, birds, mammals, and plants—overlap in Ecuador’s Yasuní National Park, according to a 2010 paper on the park’s global conservation significance published in the journal PLoS One by an international team of biologists. Thanks to its proximity to both the Equator and the Andes mountain range, which together keep the weather warm and wet, Yasuní may be richer in plants and animals than any other place on Earth. At the Napo Wildlife Center alone, almost 600 species of birds have been documented. The park has more than 300 types of reptiles and amphibians and about 200 kinds of mammals (including at least 10 species of monkeys). It contains so many insect species that scientists haven’t been able to count them all (but they know there are more in a single hectare than in all of North America), plus a record-setting number of tree species within a single hectare: 655. 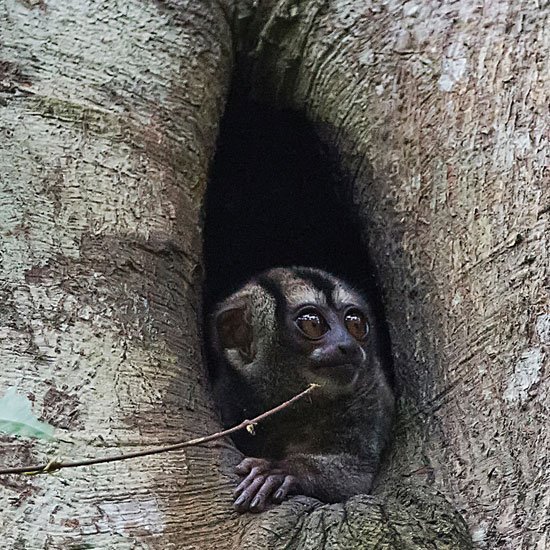 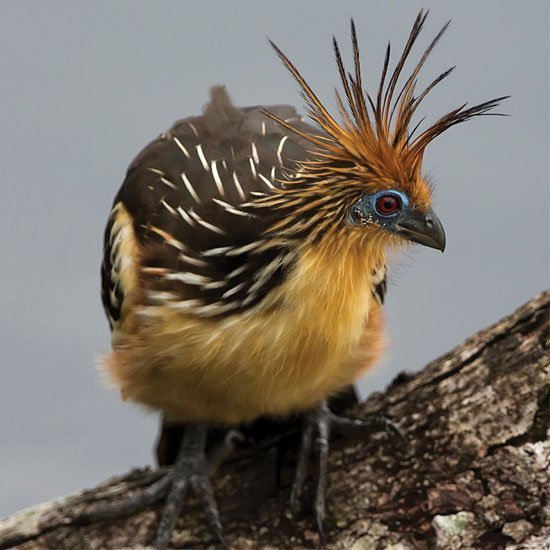 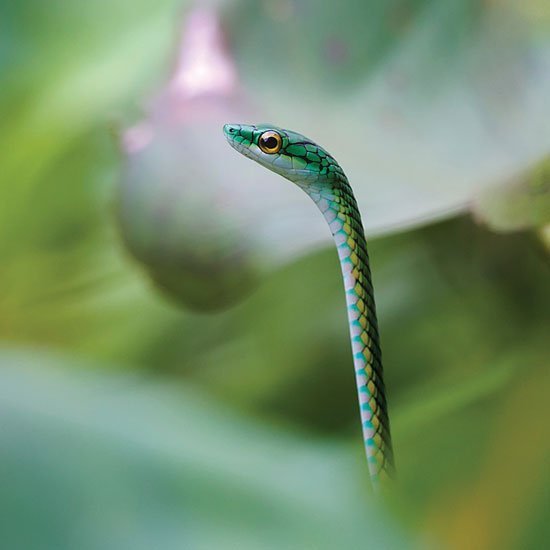