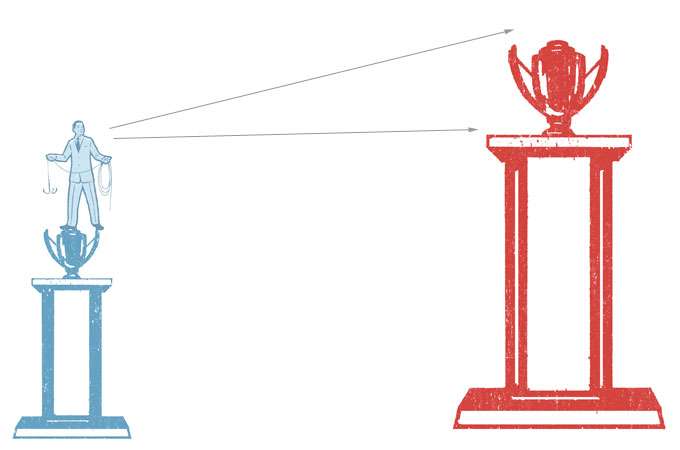 The Rise of the Prize

A competition held five times since 2005, the prize rewards technology that “will allow fishers to fish smarter—better targeting their intended catch while safeguarding other ocean creatures.” Judges evaluate practical, cost-effective, and innovative designs that reduce the incidental catch and mortality of marine turtles, whales, dolphins, porpoises, and other non-target species in fishing gear.

2011 winner: Kazuhiro Yamazaki, a Japanese fishing-boat captain, for a double-weighted branchline that avoids trapping seabirds in tuna longlines and reduces injuries to crew.

In 2011, People for the Ethical Treatment of Animals invited scientists to produce and bring to market an “in vitro chicken-meat product that has a taste and texture indistinguishable from real chicken flesh.” PETA said it was promoting the new technology because “40 billion chickens, fish, pigs, and cows are killed every year for food in the United States in horrific ways” and because “in vitro meat would dramatically reduce the devastating effects the meat industry has on the environment.”

In 2007, Sir Richard Branson and former U.S. vice president Al Gore, flanked by scientists and environmental activists, announced the Virgin Earth Challenge. The prize would be awarded to the person or company who would “develop a commercially viable design which results in the net removal of anthropogenic, atmospheric greenhouse gases so as to contribute materially to the stability of the Earth’s climate system.”

Winner: None. The contest generated 2,600 written submissions. In 2011, judges identified a “short list” of 11 leading organizations working on air capture of CO2, biochar, bio-energy with carbon capture and storage, enhanced weathering on land, and land management.

<< Return to “The Best Ideas Money Can Buy”