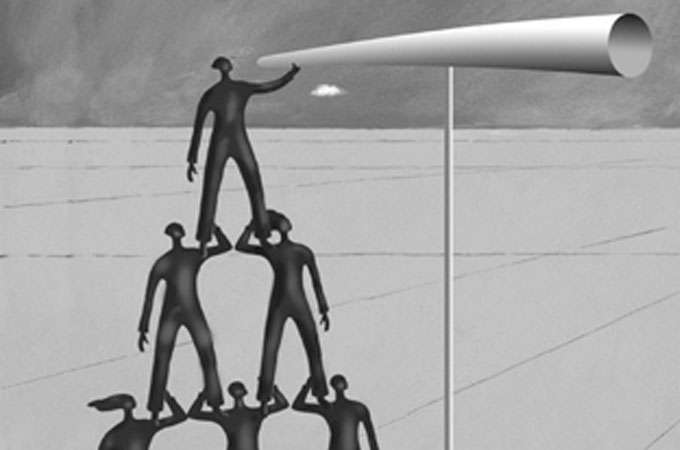 As a new era of Internet and broadcasting technologies emerge, the possibility of minimal impact mass tourism is nearing a reality. Through the use of powerful web servers, streaming video, broadcast-quality cameras, video compression, and satellite communications, it is increasingly possible to bring live wildlife images to huge numbers of virtual tourists.

This article looks at the nascent but rapidly evolving industry of virtual wildlife tourism and how it might offer park and reserve managers a new and significant source of revenue to help offset management costs.

Cutting Out the Middle Man

Whereas in the past wildlife footage has been exclusively the domain of professional production companies, today’s latest, relatively inexpensive technologies allow almost anyone to package and deliver live or edited wildlife footage to viewers around the world.

Traditionally, broadcast companies and production firms gain access to wildlife for free through national parks authorities, conservation site managers, or wildlife researchers. Though production costs are high, risks considerable, and margins thin, they make money through wide distribution, sales, and advertising. Seldom, if ever, do the park managers or researchers benefit financially. More often, they believe that the public relations value from viewers seeing “their” wildlife is sufficient compensation.

Today, new media technologies not only open up unique wildlife viewing experiences for virtual tourists but also offer the potential for directly linking reserve managers and researchers to viewers. In its most interactive and expensive form, virtual tourists can remotely control a camera located thousands of miles away.

One of the most popular sources for virtual wildlife tourism has been AfriCam, a for-profit South African Internet and broadcasting company. It used all forms of wildlife content delivery to try to turn a profit. Despite early signs of success, it has recently suspended its web cam and streaming video services because they were not financially sustainable.

AfriCam’s initial set-up was impressive. Free web cams of wildlife from over twenty locations attracted online shoppers and advertisers. Due to its early start in wildlife viewing on the Internet, it attracted a huge visitor base. At one time AfriCam boasted over 30 million visitors to its site per month and accounted for 48 percent of all of South Africa’ s Internet traffic, all this with very little promotion.

Eighty percent of AfriCam’s original revenue came from “banner” advertisements. It also has a number of other revenue-generating streams including an online outdoor shop, photography shop, travel service, music and art sales, and online wildlife courses. With some heavy investment, AfriCam has also turned to TV broadcasting and sold a weekly television program to the British Broadcasting Corporation and another to South African Broadcasting Corporation that captures the highlights of 8 hours of live wildlife recording around prime viewing spots such as waterholes.

With costs covered from the sale of these shows, AfriCam tried to establish a live pay-per-view streaming video service for Internet users with high-speed connections. The charge per month was US$5 and the bandwidth cost AfriCam US$2 per user. As of April 2000 turnover was around seven million dollars and was expected to grow by 200-300 percent over the next year or two.

Although demand for virtual wildlife tourism seems to be growing as rapidly as the technology, its value remains ill-defined, and ownership rights are ambiguous. Here are some key points to bear in mind:

So far, most virtual wildlife tourism on the web has been free. Though virtual tourists do not appear willing to pay for unedited wildlife footage, they may be willing to pay for edited highlights. After all, cable television subscribers pay for wildlife programs such as Crocodile Hunter, the Jeff Corwin Experience, and Jack Hanna’s Animal Adventures.

But wildlife web cams have rarely, if ever, generated revenue. The “banner ad” model (advertising on websites so visitors can click through and purchase goods and services) has largely failed. And bandwidth charges for streaming video are still high, making video an unlikely tool for conservation.

That said, the Internet adult entertainment industry made over one billion dollars last year, demonstrating that people are willing to pay for content over the web. So far, wildlife web cams and streaming video appear to be useful public relations, research, and awareness raising tools, but conservation managers have not yet found a way for them to generate revenue.

Wildlife is a Commodity

Presently, television broadcasting has the best potential to generate money for conservation. Yet to date, media production companies have treated wildlife as a public good, paying for access only in terms of publicity. However, as with any commodity, we need to regulate the supply of and access to wildlife and wildlands to prevent the market being flooded and the material devalued. It is therefore important that park authorities, conservation organizations, and researchers do not underestimate the value of “their” wildlife and knowledge.

Park authorities, managers, and researchers could, and probably should, license media rights rather than relinquish them. They should also take care not to sign away valuable rights by not reading the fine print. Moreover, conservation organizations and national park authorities (particularly in the developing world) need to work together to control access to sites and ensure that an equitable share of the proceeds contribute to the costs of conservation. One relatively simple but expensive way that conservation managers can retain control over their wildlife content is by owning the equipment and contracting the production and distribution.

Just as local communities and nations awoke to the pharmaceutical value of their natural resources and began to regulate bioprospecting, it is time that parks authorities and conservation organizations regulate access to valuable wildlife by hanging on to media rights, controlling access, and demanding a share of the proceeds. If this happens, virtual wildlife tourism may one day become a significant source of revenue for wildlife conservation.

Web cams broadcast a series of images updated every few seconds to hours. A standard web cam is a digital video camera connected to a computer through a cable or wireless connection. The computer connects to the camera owner’s web server (moderate/high speed, i.e., ³56Kb). Software converts the moving video to still images. Packages including cameras, cables, and software (not PC) cost ~US$300. Packages that don’t need a PC at all cost ~US$500. Depending on location of the camera, a wireless video transmission system may be needed. Web hosting by an Internet service provider typically costs <US$20-50/month.

Streaming video is moderate quality moving images. Hardware and software compress the video signal into standard file formats-Real Video (rm), Windows Media (asf), Quicktime, or MPEG (mpg)-and then transmit to a web hosting service. By decreasing the number of video frames from the max. 30/sec and changing the resolution, streaming video can be delivered via slow (<56Kb) or cable modems (500-1000Kb) or faster T1 or wireless connections (1500+Kb). The highest quality video is MPEG2 or MPEG4 that is feasibly only transmitted by microwave satellite or T1. A streaming video web server can be rented for US$100/month. However, costs increase as the number of users increase (e.g., 10,000 people watching a 5-min video can cost US$1200/month). In remote locations a wireless or microwave connection may be necessary to send the video signal to the computer. It is possible to record onto tape and then batch process and deliver the streaming video. But analog VHS and digital videotapes can record only a max. of 6 hours, so an operator would need access to the site to change tapes.

Live and recorded broadcast quality videois the highest quality uncompressed imagery. Video of wildlife for broadcast or cable TV usually requires professional production crews and satellite transmission, with the satellite truck alone costing ~US$500/hour. Moreover, most countries require licenses to install and use high gain antennas for uploading and downloading TV quality video. Point-to-point 2.4 GHz and 5.8 GHz microwave systems (US$1500-US$7000) can transmit uncompressed video and audio from an isolated location to a base station with a satellite antenna or fast connection to the Internet.

WHAT’S ON THE WEB?

There are a variety of virtual tourism approaches already on the worldwide web. While none are currently making money, Brain Schwartz of Cloud Forest Alive believes that his cameras help support the preserve through education and awareness. Most of the set-ups are paid for by grants and donations.

DESCRIPTION: Cameras are aimed on a hummingbird feeder with an online identification guide, bats, and the nesting box of a rare quetzal.

DESCRIPTION: NPS officials attempted a corporate sponsorship campaign but NPS decided that the no-sponsor-ship policy for their real parks should also apply to their virtual parks. There is now a moratorium on future web cams until policy is in place.

DESCRIPTION: Cameras are used as part of a panda behavioral research project.

DESCRIPTION: This interactive website was developed to deal with popularity and create educational opportunities without the impact of mass visitation.

David S. Wilkie is a social scientist and monitoring specialist with the Living Landscapes Program of the Wildlife Conservation Society, New York. (dwilkie@wcs.org)