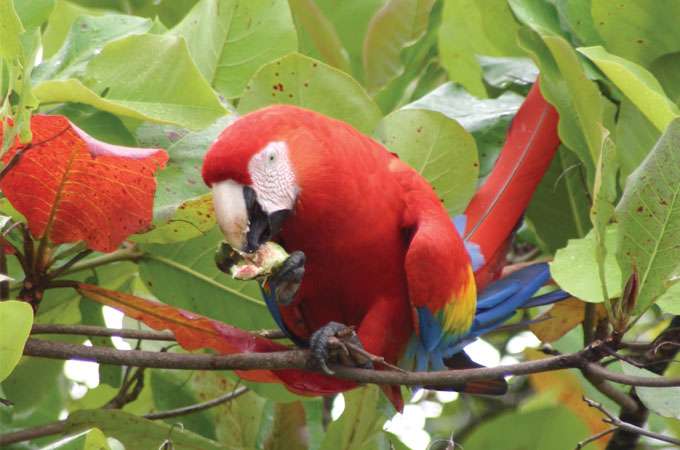 Brains may matter more than brawn in the animal world. New research shows that birds having relatively big brains are also more likely to survive in the wild. “Large-brained animals might be better prepared to cope with environmental challenges such as global warming and habitat destruction,” say Daniel Sol of the Autonomous University of Barcelona in Spain and three coauthors in Proceedings of the Royal Society B.

The researchers compared the brain-to-body mass and adult death rates of 224 bird species from a range of regions and habitats. In addition, they ruled out four other factors that could have skewed the results: long-distance migration, which is linked to small brains; slow chick development, which is linked to large brains; intense parental care, which may increase death rates; and intense mate competition, which does increase death rates. Big-brained birds include crows, parrots, and raptors; small-brained birds include ducks, ostriches, and pheasants.

The researchers found that the bigger the brain relative to the body, the lower the death rate. These results held across species, regions from polar to temperate to tropical, and habitats from oceans to grasslands to forests. The researchers surmise that large-brained birds are more likely to survive because they are better at learning to avoid predators, find food, and choose suitable habitats.

These attributes could also make big-brained animals better at adapting to new situations. “Birds with bigger brains are more successful in establishing viable populations when introduced to novel locations,” says Tim Blackburn of the University of Birmingham in the U.K., adding that Britain’s recent agricultural intensification has had less impact on farmland birds with bigger brains. Ultimately, large-brained species may also be less likely to go extinct, and the researchers are now testing this in birds.