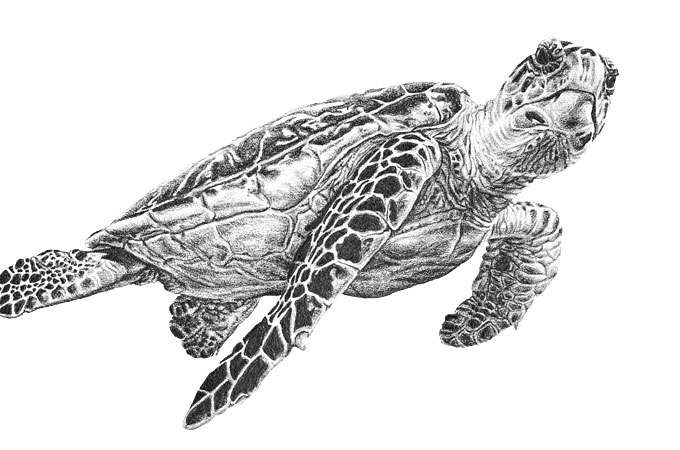 Researchers have devised a simple but effective way to reduce the number of turtles accidentally caught by fishing nets: illuminate the nets with ultraviolet lights.

When fishing boats gather fish such as flounder, they often pick up sea turtles as well. This bycatch is “a barrier to the recovery of sea turtle populations,” researchers write in Biology Letters. But they note that green, loggerhead, and leatherback turtles can detect UV light—a capability that sets them apart from some fish species.

The team attached UV LED lights to floatlines and tested them around Punta Abreojos and Bahía de los Ángeles, Mexico. The lights cut the amount of turtle bycatch by 40 percent, the researchers found. However, the technique didn’t appear to scare fish away: in one commercial gillnet fishery, the number of target fish caught by nets with and without UV illumination didn’t significantly differ. The team performed its tests at night, so the next step is to try the UV lights during the day.