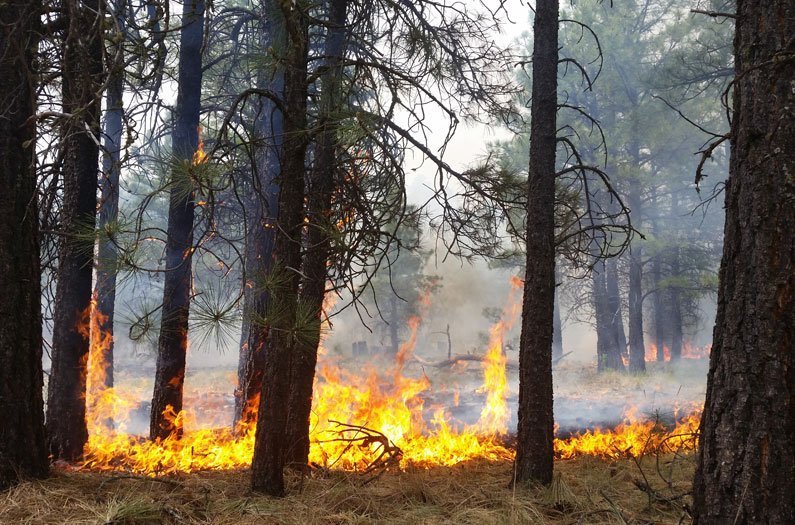 To make forests more climate resilient, we need to let some fires burn

A 40-year experiment in letting nature take its course makes the case for an alternative approach to wildfire management.
By Catherine Elton
November 4, 2016

With hotter and drier times ahead, the risk of both fires and drought is only expected to increase. Some forest managers are responding to wildfire with a somewhat counterintuitive—but highly promising—technique called managed wildfire. With this technique, naturally-started fires are allowed to burn as long as they don’t create safety or pollution hazards.

Now, in a study of unprecedented scale, researchers assessed the changes in one of the few areas in the US where managed wildfire has a long history: a 40,000-acre valley in Yosemite National Park. They found that after four decades with this policy in place, the valley had more heterogeneous land cover and a lower fire risk, and was more resilient to both fire and drought. In sum, it was a healthier and more sustainable forest.

For the study, published recently in the journal Ecosystems, researchers studied the Illilouette Creek Basin, where fires were suppressed for about a century before managers switched to managed fires in 1973. To assess the effects of the policy on vegetation, researchers analyzed aerial photography from 1969 and 2012. To assess tree mortality from drought, they compared new tree mortality surveys performed by the US Forest Service in 2014 and 2015 in the study basin and control areas. Researchers also sought to assess changes in the hydrology of the basin by collecting current soil moisture levels and modeling past levels. They also compared changes in stream flows over time in the studied and three control watersheds.

The researchers found that tree cover was reduced by 22 percent, while meadows and shrublands increased by 200 and 24 percent, respectively. They say these changes have altered how fires there burn: frequently, but of low to moderate intensity. There was practically no tree deaths during the analyzed drought years as compared to adjacent, fire-suppressed areas with similar climatic conditions. Overall, soil moisture didn’t change, but there were dramatic increases in moisture in areas that changed from forest to meadow after fires. Increases in stream flow observed in the studied watershed as compared to controls, however, were not statistically significant.

While the researchers say more study is needed, especially into the changes in hydrology, they say it’s a policy that is worth trying in other suitable areas. Indeed, the researchers say, that’s exactly what officials in California are currently considering.