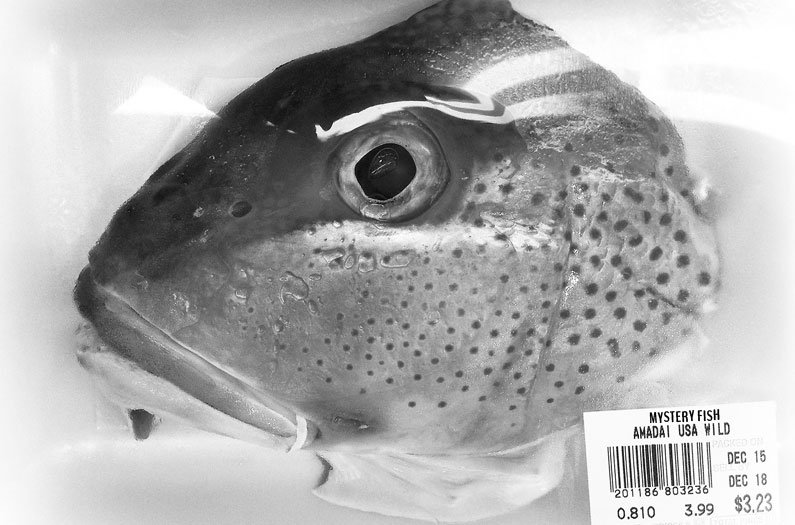 Imposter fish may be more sustainable

In a first of its kind study, researchers tackled the environmental and financial impacts of consumers purchasing mislabeled fish. And—as upsetting as the mislabeling of any food is—they found a surprising silver lining. In fact, overall, consumers are neither being swindled out of much money, nor are they eating more-threatened species as a result of mislabeling. That’s right: imposter fish often have a better conservation status than the real thing.

Researchers from the University of Washington pored over the findings of 43 fish mislabeling studies that contained 6,754 samples of finfish, then hashed out the differences in price and conservation status between the fish actually purchased and the fish on the label. They used the so-called ex-vessel price—the price paid to fishers—as a proxy for consumer prices, which are largely unavailable. For conservation status of the true fish and the fish on the label, the researchers evaluated the conservation category that the International Union for Conservation of Nature (IUCN) assigned to each species. The researchers assigned a numeric value to these categories—least concern, near threatened, vulnerable, endangered, and critically endangered.

Researchers found that overall, the fish actually purchased had a better conservation status—by 9.5 percent—than the fish on the label. The true fish also cost about 2.98 percent less than the fish the label purported it to be, meaning that consumers are overpaying for their fish, albeit not by much. There’s more good news: pooling the studies revealed that mislabeling may not be as prevalent as some high profile studies have suggested. Researchers found it happened in 13.12 percent of all samples, as compared with some individual studies that reported rates as high as 35 percent.

Eel, snapper and hake were the fish for which mislabeling had the most negative ecological consequences. The fishes found to be substituted for these three in the studies are categorized as critically endangered species, while eel is vulnerable, and snapper and hake are endangered. Mislabeling of near threatened smooth-hound and croaker is also troubling, as they are replaced by fishes that are ranked as vulnerable.

When it comes to price, faux-snappers got a 35 percent mark-up when they wore snapper labels, the highest increase of all.

Stawitz hopes these findings can highlight which of the mislabeled species should concern consumers most. And perhaps, she says, it can lead fisherman to pursue certification that includes traceability for these troubled fisheries.