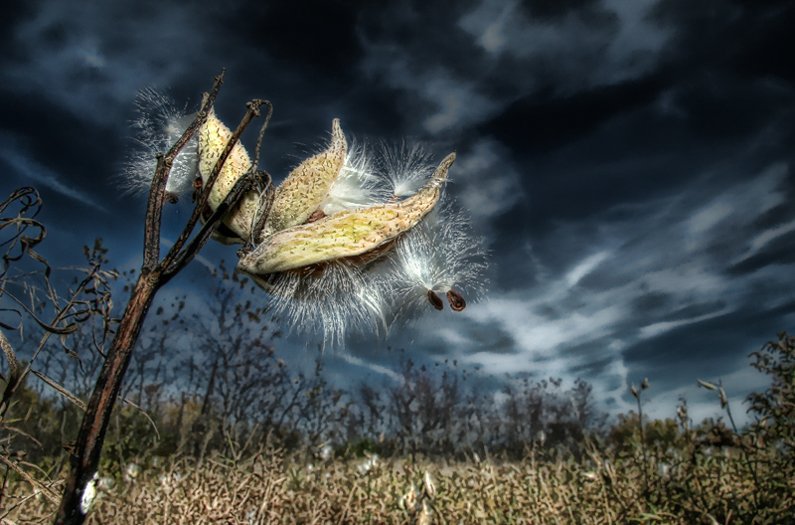 The redeeming value of weeds

Leaving some milkweeds standing in cornfields can minimize yield losses from pests
By Catherine Elton
December 2, 2016

Poor weeds. They get a terrible rap in the plant world. And to be fair, they mostly deserve it. They force farmers to apply herbicides and, for some crops, use transgenic seeds that are resistant to those herbicides. And they are a major source of lower-back pain for hobby gardeners forced to rip them out of their flower beds.

Antonio DiTommaso of Cornell University is as well versed as anyone in the nutrient-stealing effects of weeds. Yet in a provocative, first-of-its-kind paper, he and his co-authors say we may be overlooking the redeeming value of weeds.

The paper, published recently in Weed Science, makes a case for weeds by showing, through modeling, that leaving some milkweeds standing in cornfields can minimize yield losses from another corn menace, the European corn borer. It’s kind of like how two negatives makes a positive. In this case, it’s slightly more convoluted: milkweed is home to aphids, which secrete honeydew, which is food for wasps that attack corn borer eggs.

“We look at weeds with blinders on. We need to step back and see the entire picture because it is not all completely negative,” says DiTommaso, adding that his paper presents a weed-management decision-making framework that includes the costs and benefits of this weed. “This has never been done before in a systematic way in weed science.”

The researchers created formulas to calculate, for different levels or corn borer infestation, the Economic Injury Level of milkweeds. In other words, they determined the threshold of milkweeds above which a farmer must take action because costs outweigh benefits. Of course, the more corn borer eggs that are present, the more milkweed a farmer can leave in a field. They found that the maximum amount of milkweed for which the benefits outweigh the harms is 8 stems per meter, given a corn borer infestation of 1.5 egg masses per leaf. For lower infestations, fewer milkweed stems can be left standing. This figure could vary depending on the specific case, the authors say.

They also point out a conservation benefit of milkweed as a host plant for struggling monarch butterfly populations.

Currently farmers use transgenic herbicide-resistant corn coupled with glyphosate to battle milkweed, and a transgenic corn to battle European corn borer. But DiTommaso says this isn’t an option for those growing for the organic or non-GMO market, and in the future, plants could become resistant to the herbicide.

There’s much research to be done to figure out how a system in which some but not all milkweed is left standing could be applied in the field, and to determine what other crops might also benefit from the presence of weeds. But DiTommasso says he hopes this paper “sows the seed” for this kind of thinking in agriculture.