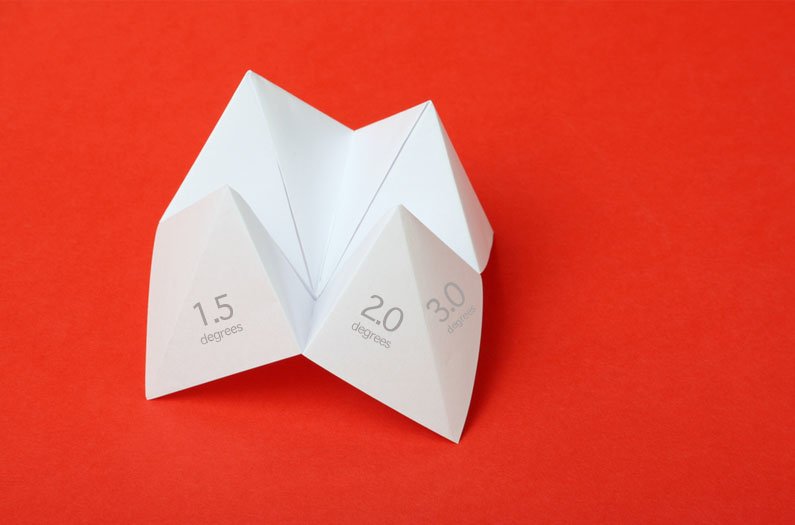 A new study provides a much clearer picture than we've had before of what needs to happen and when in order to secure a 1.5 °C world.
By Sarah DeWeerdt
March 6, 2018

Scientists have pretty well defined the cumulative level of carbon emissions likely to result in different amounts of global warming. But those numbers don’t say anything about how these different emissions totals are achieved – the social, economic, and political choices that will put the world on one emissions pathway or another.

So, last year researchers developed a set of five “shared socio-economic pathways” (SSPs): essentially, storylines about how the rest of the century might unfold. The narratives include, for example, patterns of development, levels of wealth inequality within and between nations, and the degree to which the world is able to pursue a coordinated climate policy.

A study published yesterday in Nature Climate Change provides the first comprehensive analysis of which SSPs are compatible with the goal set out in the Paris Agreement of limiting global warming to 1.5 °C. That is, it provides a much clearer picture than we’ve had before of what needs to happen and when in order to secure a 1.5 °C world.

An international team of researchers from various universities and climate research institutes used six different global climate models to analyze the SSPs. They found that limiting warming to 1.5 °C would be easiest in the so-called “green growth” scenario, characterized by rapid development of low-income countries, decreasing wealth inequality, and embrace of environmentally friendly technologies.

If the world continues to muddle through more or less on its current path, staying below 1.5 °C of warming is also possible, although less certain. And reaching the Paris Agreement goal is downright dicey in the other scenarios, which have characteristics like strong geographic and social inequality, high energy intensity and use of fossil fuels, and poorly coordinated climate policy.

The analysis makes the case that what we do over the next decade makes a huge difference: the slower and more scattered mitigation efforts are over the next few decades, the more intense they will have to be later on.

Energy conservation is one piece of the puzzle: global energy demand will have to grow more slowly than it has in past decades. And the world will see a massive shift away from fossil fuels and towards renewable forms of energy like solar and wind. Coal will rapidly decline, reaching 20% of its 2010 use in 2040. Oil will phase out by 2060. (The contribution of natural gas is more uncertain because it varies across different scenarios.)

The analysis shows that continued fossil fuel use combined with capturing and permanently storing the resulting carbon emissions is not a very strong strategy. That’s because fossil fuel development activities such as coal mining and gas handling result in emissions of methane, a powerful greenhouse gas. So this form of energy doesn’t play much of a role in 1.5 °C scenarios.

But we will need a massive effort to pull carbon dioxide out of the atmosphere. The analysis assumes the two main negative emissions technologies will be planting forests, and burning bioenergy crops and then permanently storing the carbon released.

The pathways leading to 1.5 °C can now be used by researchers in further climate modeling work. “The study provides decision makers and the public with key information about some of the enabling conditions to achieve such stringent levels of climate protection,” lead author Joeri Rogelj of the International Institute for Applied Systems Analysis in Austria said in a press release.