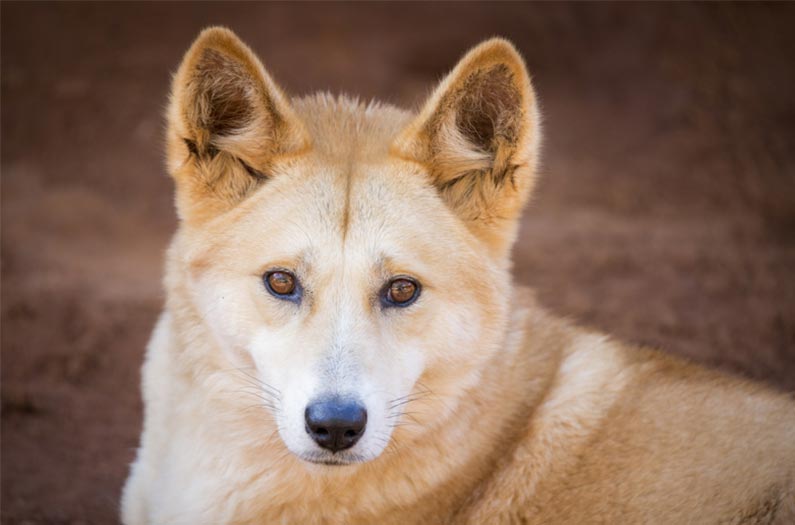 Australia has the world’s highest extinction rate. A primary culprit is predation by historically non-native cats and foxes, and killing those animals is central to conservation efforts—but there’s another solution: allowing dingoes, the continent’s apex predator, to fulfill their ecological role.
By Brandon Keim
February 6, 2019

The continent of Australia has the world’s highest extinction rate; dozens of animal species are critically endangered, and hundreds more are declining. A primary culprit is predation by historically non-native cats and foxes, and killing those animals is central to conservation efforts — but there’s another solution: allowing dingoes, the continent’s apex predator, to fulfill their ecological role.

By preying on cats and foxes, dingoes protect animals consumed by those species. They also regulate populations of native kangaroos and wallabies, preventing them from becoming overpopulated and eating too much vegetation. Yet dingoes are themselves the target of wide-scale persecution. Their potential benefits go unrealized.

“Dingo control drives shifts in the composition and architecture of savannah ecosystems,” write researchers led by ecologist Viyanna Leo of the Australian Wildlife Conservancy in the journal Oikos. Or, to put it more conversationally, killing dingoes could exacerbate the very problems that people want to fix.

Between 2012 and 2014, Leo’s team surveyed mammal populations and vegetation structure at seven locations in northeastern Australia’s savannahs. Each location contained an area where — as is the case across much of the continent — dingoes are poisoned to protect livestock, as well as an area where the dogs had recently been left alone.

The findings fit with earlier research on so-called trophic cascades triggered by dingo persecution in Australia’s deserts and forests, and also with what’s known about the ecosystem-structuring effects of apex predators in general. Yet despite this research, conservationists have been slow to promote dingoes. Instead poisoning cats and foxes “has become a number-one priority for conservation,” says Leo, and swelling kangaroo populations are often controlled by controversial hunts.

Why the slow uptake of the science on dingo ecology? It’s a complicated issue, but Leo suggested that one factor is the tendency of people to perceive dingoes — who on the continent’s mainland have sometimes interbred with free-ranging domestic dogs — as hybrids. Though dingoes have been Australia’s largest predator for thousands of years and shaped the very ecological communities conservationists are now trying to protect, and a great many still remain genetically ‘pure,’ their reputation as hybrids causes some people to view them as unnatural.

Study co-author Mike Letnic, an ecologist at the University of New South Wales, also noted that scientists in the 1970s came to believe that kangaroo overpopulations resulted from access to livestock watering holes rather than dingo declines. Research has found otherwise, but that misconception remains widespread — and “in many areas of the country people still find it difficult to make the link with dingoes because they have been gone for several generations,” says Letnic.

It’s yet another example of what ecologists call a “shifting baseline,” says Letnic, or the tendency to regard some recent, human-shaped configuration of nature as the timeless order of things. Even as scientists learn more about the roles dingoes play in helping ecosystems flourish, decades of persecution have led many people to think their absence is normal.