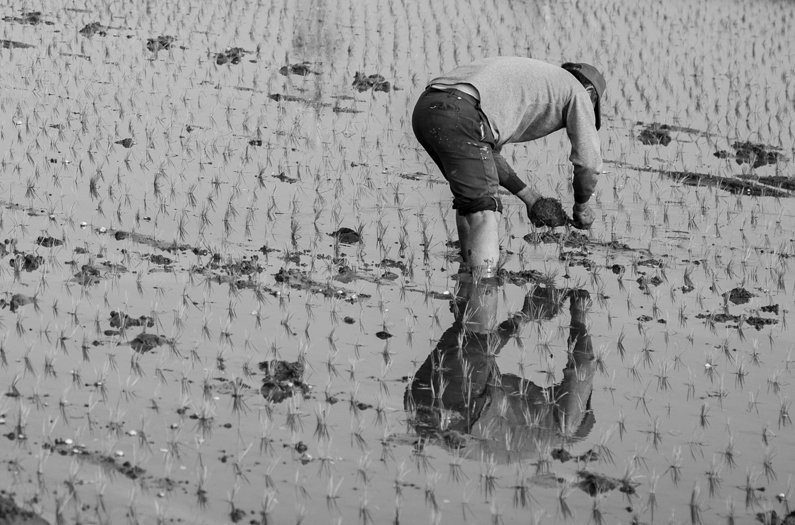 Farmers may see the possibility of higher profits further down the line if their crops are branded as eco-friendly, or they may be motivated by the promise of a “conservationist identity.”
By Emma Bryce
June 5, 2017

Taiwanese rice farmers are prepared to reduce their use of harmful agricultural chemicals and risk a lower income in exchange for an eco-friendly certification, researchers from the Technical University of Munich (TUM) have discovered. Their findings highlight a way to shift farmers toward more sustainable production methods.

In many Asian countries, the over-application of fertilizing chemicals is common. In Taiwan, fertilizer application is the second highest in the world: an estimated 1,352 kilograms was showered on each hectare of farmland in 2014. That’s especially prominent in rice farming: because rice is a staple food for more than half the world’s population, it’s seen as a valuable commodity crop. As a result, fertilizer application has for several decades been subsidized by the Taiwanese government in an effort to boost farmers’ productivity.

Unfortunately, this chemical dependence has dire impacts. Fertilizers tend to leach into groundwater and pollute water sources. One of its main ingredients, nitrogen, also feeds soil microbes that convert it into nitrous oxide—a greenhouse gas. So when fertilizer is over-applied, it can dramatically boost agriculture’s harmful climate emissions. Nitrogen is also known to cause biodiversity decline.

Realizing the extent of Taiwan’s chemical reliance, the TUM researchers wanted to find out how farmers could be motivated to reduce fertilizer use—and whether eco-labels are actually a worthwhile incentive. We already know a lot about consumer preferences for eco-friendly products, they point out. “However, little attention has been paid to the farmers’ perception of adopting environmentally-friendly practices in order to obtain an eco-label,” they write in the journal Land Use Policy.

The researchers focused their study on 292 farmers across Taiwan; they used a combination of group-administered questionnaires, paper surveys, and face-to-face interviews to find out what would make them more likely to cut fertilizer use. The farmers could choose from eight hypothetical scenarios, each geared in a different way to limit use. Among those was one option to reduce current levels of fertilizer use by at least 30 percent, in exchange for governmental compensation to offset the potential dip in productivity. Another option was to receive an eco-label certification, along with some monetary compensation, for the same reduction in chemical use.

Read:  Strong plastic made from waste biomass degrades into sugar

As the researchers discovered, most of the farmers who were willing to reduce fertilizer application said that they unambiguously preferred the eco-label scheme.

What was intriguing was that this option was accompanied by a lower level of monetary compensation, compared to the option for monetary compensation alone. In other words, the farmers appeared mostly willing to take a financial risk in order to gain an eco-friendly certification. To the researchers this indicated that, contrary to prevailing opinion, “an economic incentive may not be the only priority for farmers.”

Most likely, farmers see the possibility of higher profits further down the line if their crops are branded as eco-friendly. But from their survey, the researchers also deduced that farmers may be motivated by the promise of a “conservationist identity”: interestingly, those who opted for the eco-label scheme tended to have a higher level of education, and also appeared to see the long-term value in caring for the land.

Now, the authors are sharing all their findings with the Taiwanese government to help shape incentive-driven policies that tap into farmers’ preferences and that most efficiently and effectively reduce fertilizer dependence. Focusing on consumers clearly isn’t enough: it’s important to remember, too, how farmers’ perceptions can shape the future of sustainable food.

Chang et. al. “Investigating rice farmers’ preferences for an agri-environmental scheme: Is an eco-label a substitute for payments?” Land Use Policy. 2017.