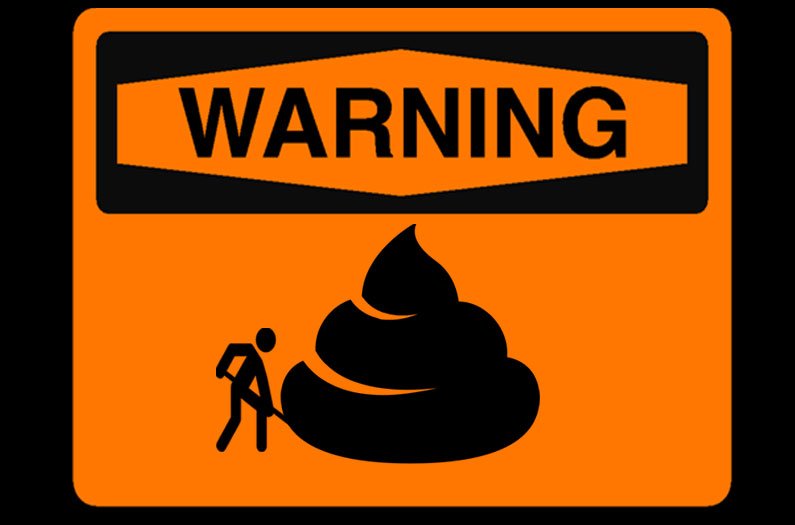 The quantity of fecal waste from humans and livestock is growing—and with it, the threat to human and environmental health. But on the flipside, a study considers how we could benefit from all this waste.
By Emma Bryce
December 7, 2018

Growing numbers of livestock on our planet produce so much fecal matter that by 2030, farm animal waste will outstrip the amount that humans produce by six-fold. These are the findings of a new study, which examines some unexpected impacts of our appetite for dairy and meat.

Writing in Nature Sustainability, the researchers say that the vast quantity of both human and livestock waste that’s spreading across the planet brings with it the risk of contamination and disease. But it also represents a huge opportunity to extract all the valuable ingredients that these mountains of biomatter contain.

The study, led by the Georgia Institute of Technology and the Centers for Disease Control and Prevention, combined data on human and livestock populations, to extrapolate the amount of waste they would produce over different periods of time–especially in the coming decade. The researchers found that together with humans, livestock now produce upwards of 4.3 billion tons of feces. Between 2003 and 2014, human and livestock waste has grown by roughly 57 million tons a year.

They also found that the amount of feces produced from livestock grows at much faster rates than human waste. In 2003, livestock produced four times as much waste as humans; by 2030, it’s projected that they’ll produce six times more feces than humans, produced by rising livestock numbers that are there to satiate our growing appetite for dairy and meat. This larger quantity mainly comes down to increasing numbers of large, productive livestock like cattle. (Even though the study found that chickens were greater in number than cows, cattle produce more waste, the researchers point out.) Overall, waste from both humans and livestock is projected to increase by 13% between 2017 and 2030.

A chunk of this waste–12%–occurs in places where it’s not connected to functioning sewers that could contain and treat it. Another 56% is managed on-site by households–which still poses a risk of containment failure and pollution. It’s mainly low-income countries that bear the burden of this risk, and since fecal pollution is associated with infectious disease, stunted growth, and even long-term cognitive problems, the study says, unfettered waste poses a serious threat.

Thus, finding a way to handle this epic waste is growing increasingly urgent, the researchers say. They recommend that we think globally not just about how to contain waste, but also how to repurpose it.

That’s because fecal matter is a surprisingly valuable source of nutrients, energy, and metals that can all be recovered and reused. Looking to 2030, the researchers estimate for instance that the available waste on our planet by then would contain 100 million tons of recoverable phosphorus (a valuable ingredient that’s in short supply globally), as well as a huge amount of nitrogen. These could be repurposed in fertilizer for crops. There would also be 18 million tons of calcium available for reuse, and about 5.5 million tons of magnesium–alongside iron and other metals.

Recycling this matter would remove it from waste streams that too often end up worsening environmental conditions and damaging human health. This endeavour could be hugely valuable too: previous research has shown that extracting metals from the waste of just one million people would yield $13 million in profit.

While the study reveals the epic scale of fecal waste on our planet, it also highlights the potential of this mountainous problem to become a two-pronged solution–both reducing a persistent health threat, and helping to satisfy a global demand for dwindling natural resources like phosphorus. All these benefits–from something that might otherwise simply go down the drain. “This is an area where there’s a huge need for attention and investment,” the researchers say.