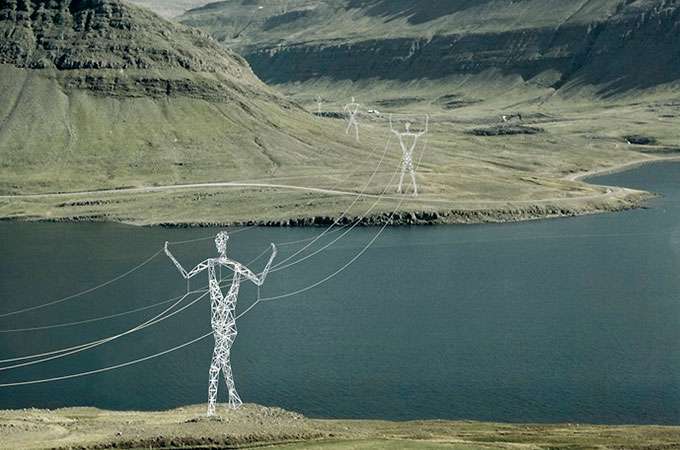 An avalanche that severed the main electric line into Juneau, Alaska, has given researchers a unique look at how high electricity prices can cause long-lasting changes in how people use energy.

The April 2008 slide cut power lines that connect the city of 30,000 to its main power source, two hydroelectric dams about 40 miles away. Diesel generators kicked in to replace the lost electrons. But the new power was pricey—500 percent more than usual. It was “an unprecedented electricity price shock,” report Wayne Leighty of the University of California, Davis, and Alan Meier of the Lawrence Berkeley National Laboratory in Energy Policy. When the power company estimated that repairs could take months, residents braced for a expensive spring.

Within days, however, they had managed to cut electricity demand by an astounding 25 percent without seriously disrupting daily life. It was “the quickest and greatest reduction in electricity consumption that has ever occurred in the absence of blackouts” and “an extreme example of change,” Leighty and Meier write.

To understand how Juneau achieved those savings, nine months after the disaster the two researchers surveyed residents. Although their 424 replies did not constitute a “statistically representative” sample, it did reveal some noticeable trends. Nearly 80 percent of respondents reported taking action to conserve power within one day of the avalanche. And many were aware of the “Juneau Unplugged” campaign the city had started in order to encourage conservation.

On average, respondents reported taking about ten actions to reduce power use, including installing efficient light bulbs, turning off lights, switching to wood heat, and hanging clothes out to dry. “Local stores reported selling out of compact fluorescent light bulbs and clotheslines,” the authors write.

Notably, even after the cheap hydropower came back online 45 days after the avalanche, many residents continued their newfound energy-saving practices. As a result, Juneau’s power use was still about eight percent lower than it had been before the disaster. “The event jolted the citizens into a higher awareness of their electricity use,” the authors conclude, and “behaviors learned during the ‘crisis’ became new habits.”