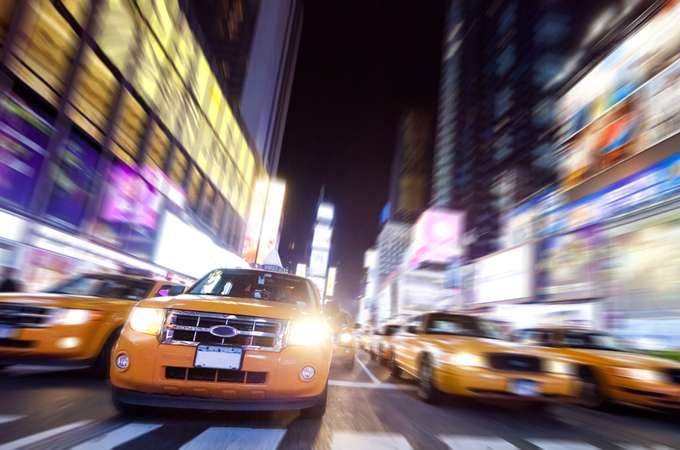 A High-Tech Twist on Carpooling

In the smart cities of tomorrow, a modern take on good-old-fashioned carpooling can make urban living greener and more efficient. Paolo Santi and colleagues at the MIT Senseable City Lab have created a tool called HubCab that calculates the ride-sharing benefits of any given New York City cab trip in terms of money, miles, and CO2 emissions saved.

To show just how large the benefits could be, the researchers started with a massive dataset: pick-up and drop-off locations and travel time for every trip taken by each of New York City’s 13,586 registered taxis that either started or ended in Manhattan in the year 2011—a whopping 150 million trips.

Passing that data through a graph-based mathematical model, the researchers identified opportunities for trip sharing without rerouting trips that had already started. The researchers stipulated that those opportunities would have to be identified within one minute of the ride request. That way, taxis would pick up new passengers only if their start and end points were “on the way” to the original destination. For a maximum delay of five minutes for a given passenger, they calculated that the entire taxi system could become as much as 40 percent more efficient. (1)

The next step, say the researchers, is to empirically validate their assumption that the carpooling programs do indeed apply outside New York City. The algorithms could be fine-tuned even more by incorporating data on how long passengers take to find a taxi and how and when passengers travel in groups versus traveling alone. Finally, they hope to design processes to equitably split the cost of the ride among the passengers as well as to fairly distribute the economic benefits of ride sharing between drivers and passengers.