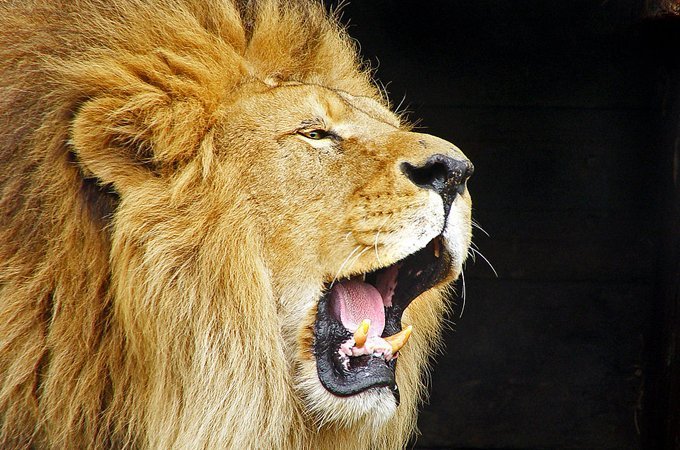 Why did the death of a single lion cause a sustained uproar?

It could be that interest in Cecil will continue to wane. On the other hand, the outrage could reflect a shift in values that could increase public support for wildlife conservation.
By Jason G. Goldman
May 4, 2016

When the story of Cecil the lion’s death at the hands of an American hunter hit the media, the global response was “the largest reaction in the history of wildlife conservation,” according to a new paper. Researchers from Oxford’s Wildlife Research Conservation Unit (or WildCRU, the same organization that had tracked the lion since 2009) analyzed the traditional and social media response to the hunting incident. They found that a combination of elements in the story may have made it go viral in a different way than the average Internet sensation. And conservationists may subsequently have a golden opportunity to transform the “Cecil Moment” into a “Cecil Movement.”

To recap the sequence of events around Cecil’s death: Around 10:00 pm on July 1, 2015, a hunter from Minnesota named Walter Palmer sent an arrow into the side of a 13-year-old male African lion nicknamed ‘Cecil’ on privately owned property outside of Zimbabwe’s Hwange National Park. This arrow failed to kill the beast, but the second one, shot some 11 hours later, did.

Several weeks later, the news hit both mainstream news and social media. On July 27, Palmer was publicly named as the hunter. The next day, Jimmy Kimmel denounced the hunt—and trophy hunting in general—during the monologue portion of his nightly talk show on the ABC network. While tearing up, he encouraged folks to donate to WildCRU and displayed the unit’s website on the screen. The site received some 4.4 million visitors following Kimmel’s monologue before it went down due to server overload.

They discovered that Kimmel’s monologue was associated with the largest spike in media mentions, followed almost a month later by a second spike timed to the death of Quinn Swales, a safari guide killed coincidentally by a lion in Zimbabwe’s Hwange National Park. The third spike, in early September, occurred when Palmer returned to work.

Nearly 12,000 mainstream media articles mentioned Cecil on July 29, and across the whole period surveyed (July 1 through September 30), Meltwater counted nearly 100,000 mainstream media mentions. Social media activity peaked at nearly 90,000 on July 29, and there were nearly 700,000 total postings during the period assessed. Twitter led, followed by Facebook and then YouTube. 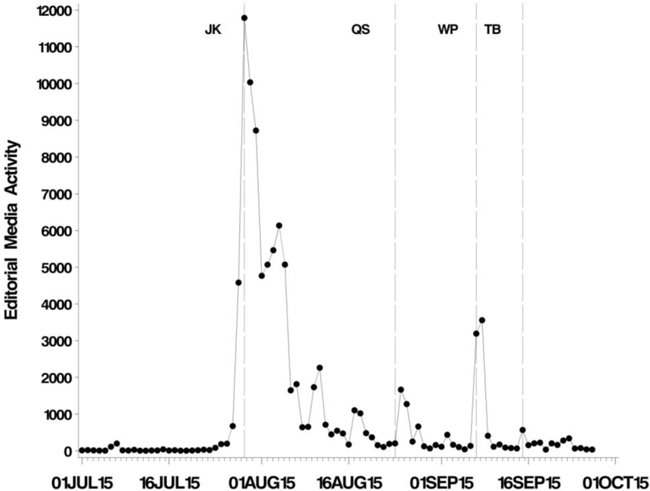 What was most interesting to the researchers, however, was that “the trajectories of social and editorial media were very similar.” Also of interest to the researchers was that the story played similarly across the globe, rather than solely in North America and Europe, as they might have suspected. Together, these results suggest that mainstream media coverage did not come about as a reaction to the social media outrage, a pattern that’s been observed for other viral stories.

The researchers further point out that while there was nothing unique about this particular hunt, a combination of factors probably led to its viral nature: the lion was well-known and had an English nickname; though the farm where Cecil was killed was part of his home range, news reports misleadingly suggested that he was “lured” away from the park’s protected boundaries; his death was lingering rather than immediate; and the hunter was not just identifiable, but wealthy, white, male, and American. On top of this, the anger incited on both sides of the hunting debate is a powerful stimulant for sharing posts (more so than with other negative emotions, like sadness).

These elements might explain why the death of a single lion caused a sustained uproar, whereas chronic issues related to climate change, pollution, habitat loss, or overfishing do not usually enjoy the same media attention.

As with nearly all viral stories, it could be that interest in Cecil and in lion conservation will continue to wane. On the other hand, it could be that the outrage associated with Cecil reflects a shift in values that could be used to mount public support not just for lions, but also for wildlife conservation more generally. “This is a moment,” the researchers write, “not to be squandered, and one which might have the potential to herald a significant shift in society’s interaction with nature.”