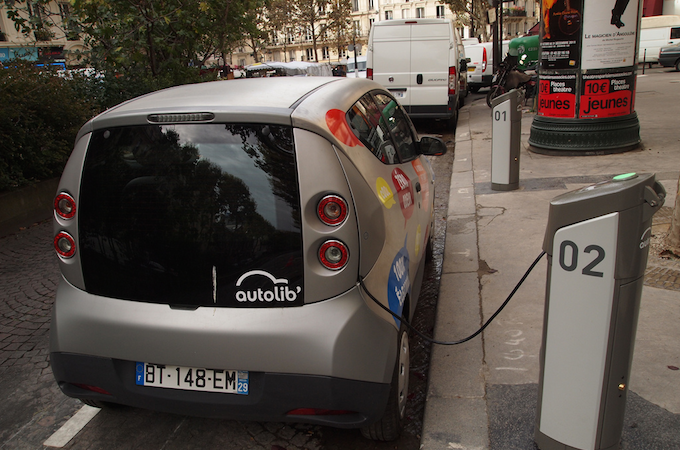 EVs will be green despite increasing power demand

If 80 percent of the cars on the road across Europe were electric in 2050, they would slash carbon emissions by 255 million tonnes. That’s after taking into account increased emissions from the power sector.
By Prachi Patel
September 29, 2016

The adage ‘too much of a good thing’ might not apply to electric vehicles. According to a recent report by the European Environment Agency, widespread use of EVs will significantly reduce carbon emissions and air pollutants from Europe’s transport sector. While electric cars would increase the load on power grids, the resulting reductions in carbon emissions from the transport sector would outweigh the higher emissions from fossil fuel power plants.

If 80 percent of the cars on the road across Europe were electric in 2050, they would slash carbon emissions by 255 million tonnes. That’s after taking into account increased emissions from the power sector. This amount is equivalent to around 10 percent of the total emissions estimated for that year.

The EU’s goal is to reduce greenhouse gas emissions by 80–95 percent by 2050. The transport sector generates about a quarter of Europe’s emissions, so electric vehicles are an important player in meeting emissions reduction goals. While EV use is increasing in the EU, they currently only make up 1.2 percent of total passenger car sales.

The new study assesses the impact of potential widespread use of electric cars in 2050 on Europe’s energy system and the environment. Researchers at Germany’s Öko-Institut and Transport & Mobility Leuven who conducted the study explored two different scenarios: one in which electric cars make up half of the EU’s total car fleet in 2050, and another in which they make up 80 percent.

For the 80 percent share scenario, 285 million tonnes of carbon dioxide would be avoided across the 28 EU states. Emissions from power plants would increase by 30 million tonnes. In countries with a high share of fossil power plants, such as Poland and the Czech Republic, environmental benefits of using EVs would be lower.

In the 80 percent share scenario, Europe will need to generate an additional 150 GW to charge electric cars. To do this without offsetting the benefits of EVs would require installing an additional 48 GW of wind capacity and 25 GW of solar capacity.

For EVs to make a dent in emissions, say the researchers, it will be critical to develop the transport and energy sectors in close harmony, and for policy decisions in both sectors to be integrated.