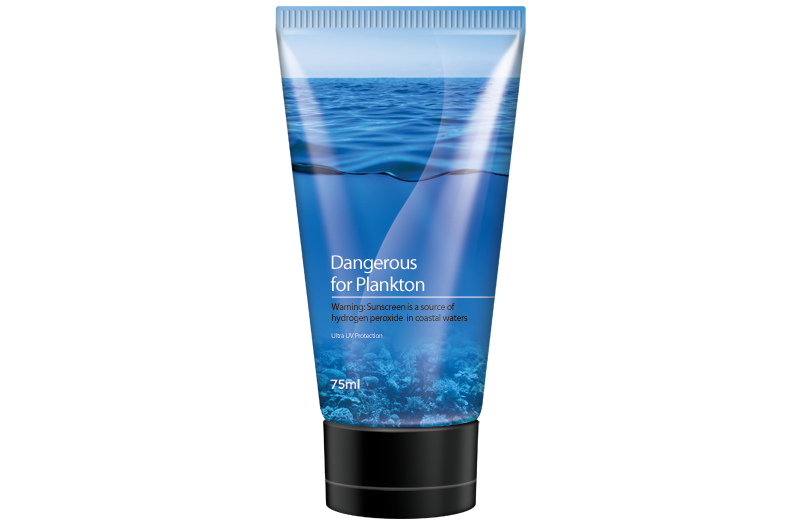 Bacteria Could Help Green Your Sunscreen

Scientists have engineered bacteria to produce a key ingredient found in environmentally friendly sunscreens. The advance could speed up production of green sunscreens and make them more affordable.
By Prachi Patel
March 8, 2018

Scientists have engineered bacteria to produce a key ingredient found in environmentally friendly sunscreens. The advance, reported in the journal ACS Synthetic Biology, could speed up the production of green sunscreens and make them more affordable.

Sunscreens protect the skin from the sun’s harmful ultraviolet radiation. But synthetic UV-blocking chemicals found in most sunscreens wash into lakes and oceans, where they accumulate and cause harm. They are toxic to marine organisms, contribute to coral bleaching, cause allergic reactions, and can potentially interfere with the human hormone system.

Greener alternatives to these chemicals already exist. One is shinorine, a biodegradable UV-absorbing compound that is produced naturally by some bacteria and marine algae. But it is expensive and difficult to make in large quantities. Commercially used shinorine is either extracted from red algae harvested from the wild, or from cultivated algae that takes as long as a year to grow and has a long processing time.

Researchers have tried to engineer various bacteria and yeast to produce the chemical. But the efforts have had limited success: the microorganisms just don’t make sufficient amounts.

Yousong Ding and his colleagues at the University of Florida chose a strain of cyanobacteria called Synechocystis that has already been used to produce biofuels. The bacteria grows quickly and its genes can be easily modified. The researchers isolated the gene clusters responsible for shinorine production from another cyanobacteria which naturally produces shinorine. They inserted those genes into the Synechocystis cells.

At first, the genetically modified bacteria produced shinorine three times slower than wild algae. So the researchers added special DNA sequences called “promoters” to the gene, and were able to increase production tenfold to 2.37 milligrams of shinorine per gram of cyanobacteria, comparable to the commercial method.

This technique could lead to an eco-friendly and cost-effective method to produce shinorine and could also be expanded to produce other cyanobacterial products, the researchers say.