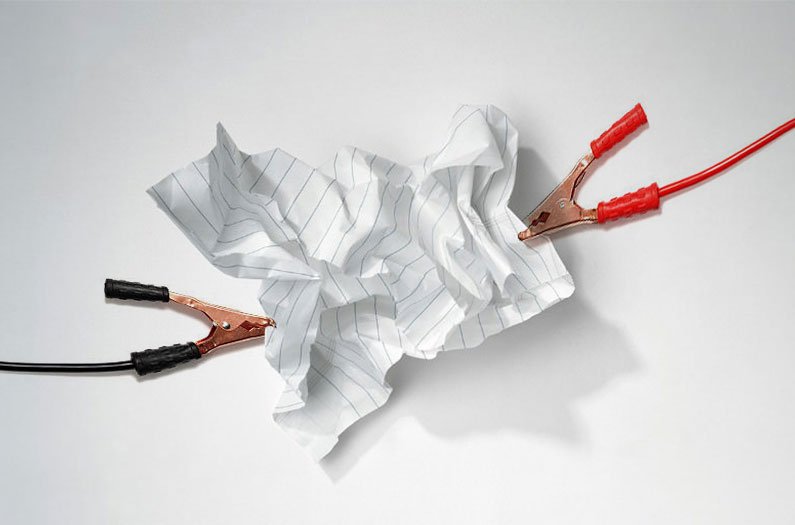 A new low-cost, biodegradable battery is made of paper and fueled by bacteria. It could be the ultimate sustainable solution for powering small electronic devices.
By Prachi Patel
August 23, 2018

A new battery made of paper and fueled by bacteria could be the ultimate sustainable solution for powering small electronic devices. Researchers who presented the new battery at the American Chemical Society meeting in Boston say it is low-cost and completely biodegradable.

As tiny sensors and electronic gadgets become ubiquitous, there is a growing demand for small batteries to power them. This means immense piles of batteries, many containing toxic chemicals, going to landfills.

Paper-based batteries have emerged as an eco-friendly alternative to conventional batteries. But such devices made so far have not been powerful enough for practical use. Plus, they have been difficult to make and their biodegradability has been questionable.

Seokheun Choi and his colleagues at the State University of New York, Binghamton made an easily biodegradable substrate using cellulose fibers found in paper and specially engineered polymers. Then they print thin layers of metals and other materials on it. Finally, they add a special kind of bacteria in a freeze-dried state on the battery. These bacteria, called exoelectrogens, extrude electrons out of their cells when they consume organic matter to produce energy for themselves.

To activate the battery, the researchers put water or saliva on it, which revives the bacteria within a few minutes. The bacteria go to work, producing enough electrons to power a light-emitting diode and a calculator.

The battery produces higher power per unit area than other paper-based batteries. It also “exhibits a much higher power‐to‐cost ratio than all previously reported paper‐based microbial batteries,” the researchers write in their recent Advanced Sustainable Systems paper. But the device’s power still needs to be improved by about 1,000-fold for commercial use, Choi says in a press release.

The paper battery is intended to be disposed after one use and easily decomposes when submerged in water. The freeze-dried bacteria can survive for around four months, and the researchers are looking for ways to extend the paper battery’s shelf life.